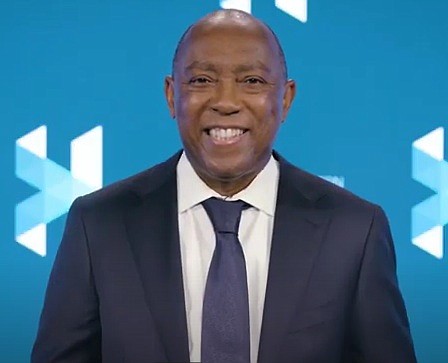 Mayor Sylvester Turner delivered his fifth State of the City address, his first on virtual platform, on Oct. 22, hosted by the Greater Houston Partnership.

During the 15-minute speech, Mayor Turner outlined how the City is battling the COVID-19 pandemic on several fronts from leveraging new public health resources to developing small business assistance programs. The City of Houston also created a rental assistance program for residents and established a $20 million fund for grants to small businesses.

Mayor Turner also pointed to several announcements this year that have positioned Houston to increase entrepreneurship and digital skills as it continues making strides to grow Houston as a technology hub. #SiliconeBayou.

*In September, the Rice Alliance announced the creation of a new clean energy accelerator to help create a new generation of young entrepreneurs focused on our energy future.

*In June, Greentown Labs, the nation’s largest climatech incubator out of the Boston area, announced plans to open a Houston incubator next year in the 16-acre Midtown Innovation District. The 40,000-square-foot Greentown Houston will have space for up to 50 emerging companies. They announced Greentown Houston's inaugural members in October.

*The City has also expanded its digital alliance with Microsoft through the tech company’s Accelerate program. The program is designed to address economic recovery through skilling both underserved communities and re-skilling the many Americans impacted by COVID-19.

“Houston is a City that continues to transform, to innovate and to be an example for the rest of the country on how to be diverse, welcoming and inclusive,” said Mayor Sylvester Turner. “As we gradually take steps to reopen, we recognize that the full recovery will take several years, but when we work together, we put ourselves in the best position to manage the virus and rebound from it.”

Mayor Turner addressed the protests and demonstrations that took place after the death of George Floyd, pointing to his Complete Communities initiative as a way of combatting racial inequity.

"In June 2019, the Complete Communities initiative expanded to five additional neighborhoods – Alief-Westwood, Fort Bend Houston, Kashmere Gardens, Magnolia Park-Manchester, and Sunnyside, where we are working to revitalize and transform Houston’s most under-resourced neighborhoods and create a more equitable and prosperous city for all Houstonians. The pro-active response to racial inequity and social injustice is Complete Communities," said Mayor Turner.

A copy of Mayor Turner's State of the City can be found here.