Loretta Lynn and Kid Rock 'married' and she explains it 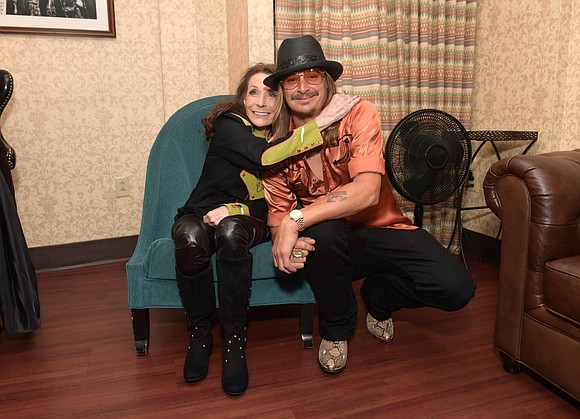 (CNN) -- It was a weekend filled with love for Loretta Lynn and Kid Rock, but not in the way many believed.

The country legend got people talking over the weekend after she posted some photos from her son Ernie's vow renewal ceremony on her official Instagram account.

"It was beautiful and everything it should be," the caption read. "Marriage isn't always easy -- heck it's not even always pretty, but love holds you together and you push through the bad days to enjoy the good ones."

The 88-year old singer said she was proud of her son and his wife Crystal and wished them happiness.

Then, she stirred a bit of a tizzy about herself and 49-year-old Kid Rock.

"Things got crazy then -- my boy @kidrock was there and we've always teased about getting ourselves married," the caption read. "Well, the preacher was already there so we had some fun with it. Sorry girls, he's taken now!"

Photos showed the rocker on one knee in front of a seated Lynn, and in one frame, she's wearing a veil.

But Lynn offered an explanation in a posting on Monday.

"Well, it didn't last long, y'all but it sure was fun," she wrote in the caption of a photo of her and Kid Rock. "I guess I better get on here and let y'all know that it was just a joke -- @kidrock and I didn't get married over the weekend, but we had a blast."

That's right. To quote a famous Lynn duet with Conway Twitty, "It's Only Make Believe."