COLON CANCER: Why Its Taking More Black Men and When Should We Begin Screening 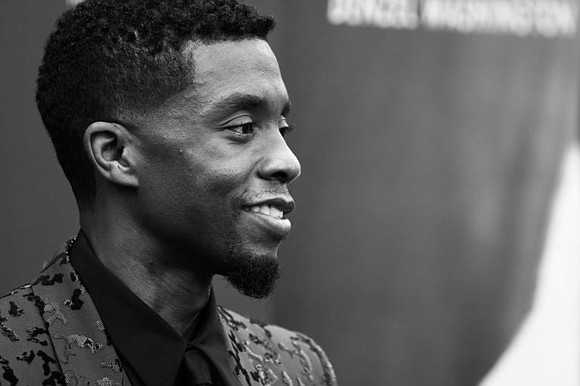 The entertainment world was in shock this past weekend as the news of actor Chadwick Bose- man, who played many iconic characters such as Jackie Robinson, Thurgood Marshall, James Brown, and most notably, Black Panther in the Marvel super- hero movies, died of colon cancer at the young age of 43.

His death brings to light the discrepancies in the screening of Black men and colon cancer.

African Americans have the highest rates of colon cancer (also known as colorectal cancer). We face a 20 percent higher risk of developing colon cancer and a 45 percent higher mortality rate than any other race. Although this disease is the third cause of cancer-related deaths in the Black community, it’s highly preventable. BlackDoctor.org spoke with several medical professionals to see what can be done to lower the risk of colon cancer.

Dr. Strick Woods, gastroenterologist based in Bridgeport, CT, says that screening is the first step towards Black men lowering their risk. The American College of Gastroenterologists recommends Black men be screened starting at age 45 – five years earlier than whites. The reason? Colon cancer is often diagnosed in African Americans at a younger age. Dr. Woods says the current compliance rate for colonoscopies is at a mere 38 percent. African Americans have a notably low screening rate which puts us at an adverse risk for developing colon cancer.

New guidelines also recommend that African Americans get screened at age 40 if you have a family history of the disease.

Jessica Iannotta is a registered dietitian and certified specialist in oncology nutrition (CSO). The healthy lifestyle guru says that a lifestyle of dieting and exercise can also get Black men back on track for success.

Of course, we know that things like candy and soda contain lots of sugar, but other foods like tomato sauce and yogurt contain secret sugars and salts that are detrimental to the increased risk of cancer. The dietitian urges the brothers to try out new vegetables, fruits, grains, and legumes.

March was dedicated National Colorectal Cancer Awareness month in the United States in February 2000 by President Clinton and has since become a rallying point for the colon cancer community.

“Kale and quinoa get a lot of attention, but there are lots of healthy, delicious, and inexpensive foods to enjoy. There are so many types of food out there, even picky eaters will find a few things they like.”

I know we love a big juicy steak but too much is where the problem lies, according to Iannotta. Research suggests a link between red meat and processed meats, and increased risk of cancer. She says that, “by eating smaller portion sizes of red meat and not eating meat at every meal, you can cut your risk while still enjoying foods you love.”

It’s important to get a sweat in 30 minutes a day according to the American Institute of Cancer Research. So grab a couple of the guys in the neighborhood and toss around a football for an hour or so before settling in for the evening.

Jessica offers us two immediate things Black men can do to lower their risk of cancer.

1. Divide your plate into three sections and fill two of those sections with things like fruits, vegetables, beans, and whole grains. Lots of fruits, vegetables, legumes, and whole grains have been shown to have inherent cancer- fighting properties and help maintain a healthy body weight. A healthy weight is a great factor protecting you against cancer, but you don’t want to lose weight overnight.

2. Make a doctor’s appointment and get your vitamin D levels checked. Getting enough vitamin D has been linked to cancer prevention and African Americans are more likely to have low levels of this important vitamin.

Not only do African Americans have the shortest survival rate of any racial or ethnic group in the United States for most cancers, but we also have the highest incidence of colorectal cancer. Nearly 20,000 new cases of colorectal cancer were expected in the United States among African Americans in 2019, with incidence rates 24 percent higher in black men and 19 percent higher in black women compared to other races, according to the American Cancer Society. Black colorectal cancer patients are also 15 to 20 percent more likely to die from the disease than patients of any other race.

In an effort to get every Black man healthy, we hope that this new information will help others get on the road to better health and spread the word with their fathers, sons, uncles, brothers and other Black men in the family.