IBM's next big bet is ... the oil industry 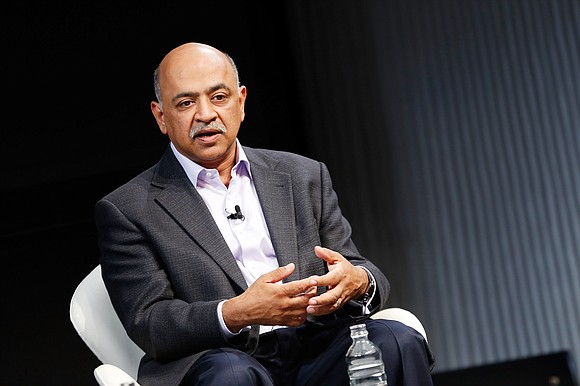 In partnership with oilfield services giant Schlumberger, IBM will create a digital platform where oil and gas companies can access real-time data and software give them a competitive advantage./Credit: Brian Ach/Getty Images

In partnership with oilfield services giant Schlumberger, IBM will create a digital platform where oil and gas companies can access real-time data and software give them a competitive advantage.

The platform will layer Schlumberger's suite of apps, called DELFI, onto IBM technology to provide digital tools to oil and gas companies — which rely heavily on computing-heavy processes like surveying a drilling site. The software could, for example, help determine if the soil and landscape in a certain area are good for drilling, or which angle is the best to drill to access the most oil over time.

"Digital has become an imperative for our industry," Schlumberger CEO Olivier Le Peuch told CNN Business. "The whole industry recognizes that this is what can unlock the next level of efficiency, productivity and performance."

A tech platform for oil and gas

The Schlumberger partnership is part of IBM's big bet on "hybrid cloud" — a technical setup that lets companies manage data using multiple clouds in addition to their own on-premises servers. It relies on software from Red Hat, which IBM acquired for a whopping $34 billion in July 2019, that makes it easier to move data between those various spaces.

"We think that a hybrid approach unlocks a lot more value for our clients than a regular approach on only one [cloud]," IBM CEO Arvind Krishna, the former head of IBM's cloud business who brokered the Red Hat deal, told CNN Business.

Hybrid cloud capabilities are key to the Schlumberger partnership, which builds on the company's existing cloud-based software platform that includes built-in capabilities such as artificial intelligence and data analytics.

Schlumberger's DELFI platform had gained traction, but the sticking point was that it had been available only to companies using certain cloud providers. That's a challenge in the oil and gas industry, because regulations often dictate how data must be stored — making it necessary to rely on local cloud services or traditional data centers rather than major cloud providers.

By moving the tools onto IBM's hybrid-cloud platform, Schlumberger's software will now be available to any oil and gas company globally, regardless of how they store their data.

"It allows this platform to be deployed on all these infrastructures and so it really opens up the market ... for us combined," Krishna said.

For the oil and gas industry, which has undergone significant disruption this year, it could also lead to needed cost-savings as well as a path to more sustainable practices.

"To be more efficient is the highest driver of future footprint reduction for the industry," Le Peuch said.

The Schlumberger deal is one of what IBM hopes will be many such partnerships, with specific plans to target key industries such as banking and manufacturing that have been slow to adopt cloud computing.

That strategy will allow IBM to provide services to the big players in various industries, even though as an enterprise company IBM doesn't work with end users, Krishna said: "Partnering with Schlumberger allows us to service the hybrid-cloud needs of all the oil majors."

It's also part of a $1 billion investment IBM announced last month, investing in third-party software providers to grow the ecosystem of firms working on its hybrid cloud platform.

"Big companies have lots of different technologies they want to run in the cloud, but they don't want to run it all in one cloud. No company wants to put all their eggs in one basket," said Ted Schadler, analyst with Forrester. "You need a way to bridge across all those clouds."