Uber says it will offer rides only in electric vehicles in US, Europe by 2030 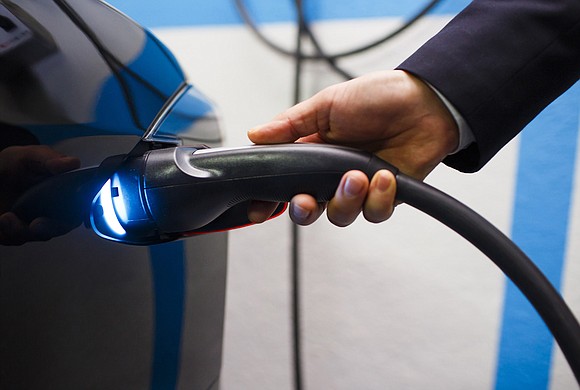 (CNN) -- Uber plans to offer rides exclusively in electric vehicles by 2030 in US, Canadian and European cities, and be entirely free of emissions by 2040.

Uber's announcement related to the climate crisis came as it also released a report that acknowledged its vehicles are less climate efficient than the average vehicle. Uber said the carbon intensity, which it defines as the emissions resulting from every passenger mile, of its rides are 41% higher than an average-occupancy vehicle.

Uber trips have more mileage than traditional trips as drivers must first drive to pick up their passengers. A 2019 California government report found that ridehail vehicles only have a passenger for about 61% of miles traveled.

A 2020 study by the Union of Concerned Scientists found that ridehailing services generated 69% more emissions than the trips they aimed to replace.

"Climate changes remains an existential threat and crisis that needs every person, every business and every nation to act," Uber CEO Dara Khosrowshahi said. "We know this is going to be hard."

Transportation is the largest source of US emissions. Today, only 0.15% of Uber trips are taken in electric vehicles. Electric cars are cheaper to operate than gas-powered vehicles, but can cost 50% more than a gasoline-fueled car to purchase upfront.

Electric vehicles were 2.5% of the global light vehicle market in 2019.

Uber's announcement comes nearly three months after its rival Lyft pledged to offer only electric vehicle rides in 2030. Some experts have cautioned that the timeline is optimistic for ridehailing corporations.

Charging infrastructure for electric vehicles is also an issue. Many drivers live in multi-unit dwellings and do not have a garage, according to Shin-pei Tsay, director of policy, cities and transportation at Uber.

"Setting up public charging infrastructure in more residential neighborhoods is something that when the [Uber] team talked to drivers, they were really interested in," Tsay said.

Uber said in a Europe-focused report that it released Tuesday, that many drivers would face a significant earnings reduction unless they have access to a home charger and a generous subsidy to close the gap for the total cost of owning an electric vehicle.

There's a lack of affordable and second-hand electric cars, the report said. The price gap between a used gas-powered car and a new electric vehicle can be up to 30,000 euros, according to the report.

Uber is expanding a feature that allows users to request a ride in an electric vehicle. Uber says the option is available in 37 European cities already and will be in 60 global markets by year's end, including San Francisco, Los Angeles, San Diego, Chicago, Denver, Seattle and Toronto.

Uber's goal to be zero-emission by 2040 comes nearly a year after Amazon made a similar pledge, and this past July Apple announced that it planned to be entirely carbon neutral by 2030.