Netflix CEO Reed Hastings: I had been lying when I said 'family is most important' 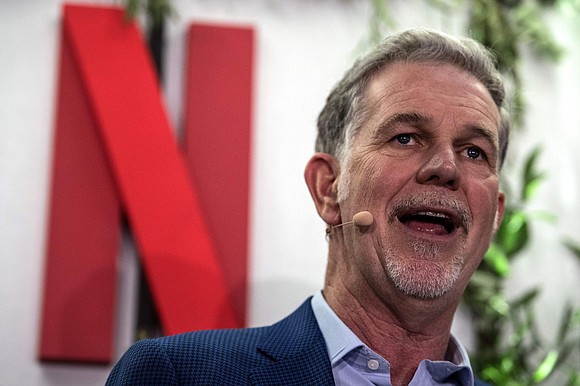 Co-founder and director of Netflix Reed Hastings delivers a speech as he inaugurates the new offices of Netflix France, in Paris on January 17, 2020./Credit: Christophe Archambault/AFP/Getty Images

In an interview Thursday with CNN's Poppy Harlow, Hastings said the marriage counselor he went to with his wife of 29 years helped him see that he was "a systematic liar." He would say things like, "Family is the most important" -- not because he meant it but because it was "conventional to say that."

Hastings revealed this lesson in his new book "No Rules, Rules" -- released this week.

The CEO said that even though he was projecting those values, he would stay at work at night if an employee had an issue. He ended up ignoring his family. But that changed, eventually.

"In my marriage I became much more honest and candid and that's helped us tremendously," Hastings said of his relationship with his wife.

"That marriage counselor turned out to be the best CEO coach I ever had," Hastings now says.

Hastings has sought to improve his work relationships, too. Speaking about his push for "radical candor" within Netflix -- Hastings said a vice president at Netflix recently told him he's "unempathetic" and he doesn't "encourage criticism." He said that even with his success, getting negative feedback is still painful, but it helps him explore changes that need to be made instead of "fighting it" -- which he admits is his natural inclination.

Unlike Facebook, Twitter and other tech giants -- Hastings does not believe a significant portion of Netflix employees will work at home permanently.

Although he's looking forward to returning to the office one day, he noted that he has been working from home for 20 years "on nights and weekends." Still, Hastings is eager to get back to the office as soon as there's a vaccine.

"It's not for the every day thing," he said. "It's for the get-togethers with other human beings and forming those relationships."

In January 2019, Netflix pulled an episode of "Patriot Act" from the streaming service in Saudi Arabia after it criticized the official account of the Jamal Khashoggi killing.

When Harlow asked if Hastings could explain the decision and if he would do it again, Hastings said, it was a "very difficult decision," adding that the company was able to keep the episode up in Saudi Arabia on YouTube but not on Netflix.

When it comes to shifting and adapting production because of the coronavirus, Hastings said Netflix is able to produce in Canada, Europe and Asia — where coronavirus is less widespread than it is in the United States.

Netflix's stock has gone up about 55% over the past year.

The company has tried to share that success with the Black community as the world reckons with racism. The company pledged $100 million to Black-owned banks and Hastings donated $120 million to historically black colleges and universities.

"If every major corporation takes 1% of their cash and deposits it in a Black bank, it will be transformative in that sector," Hastings told Harlow. "Now, it's not going to solve all of our problems, but it will make a real difference and it's fairly easy for companies."