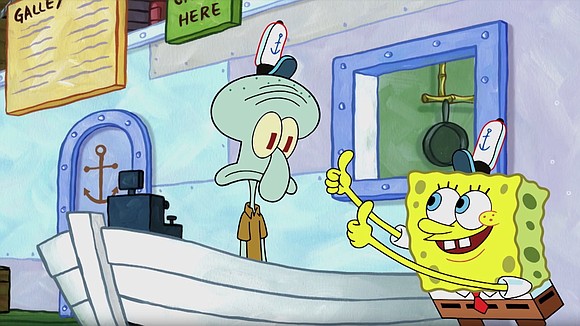 ViacomCBS will rebrand its streaming service, CBS All Access, as Paramount+ early next year, the company announced on Tuesday.

The new-look streaming service will offer more than 20,000 episodes and movies from ViacomCBS' litany of brands, such as Paramount Pictures, CBS, Comedy Central, Nickelodeon, BET, and MTV, as well as live programming like sports and news.

"Paramount is an iconic and storied brand beloved by consumers all over the world, and it is synonymous with quality, integrity, and world-class storytelling," Bob Bakish, president and CEO of ViacomCBS, said in a statement. "With Paramount+, we're excited to establish one global streaming brand."

Alongside classic TV shows, films and CBS All Access favorites like "The Twilight Zone" and "Star Trek: Picard," Paramount+, Paramount+ will also include original series.

New content on the service consists of "The Offer," a scripted limited series about the making of "The Godfather," a revival of BET's "The Game," and a true-crime docuseries called "The Real Criminal Minds," which is based on the CBS series.

There will also be children's programming from the company's family network, Nickelodeon. "Kamp Koral," a new series from "SpongeBob SquarePants," will be on the service alongside "The SpongeBob Movie: Sponge on the Run," which will be exclusive to Paramount+ early next year.

CBS All Access is currently $5.99 a month with ads and $9.99 without. ViacomCBS did not announce a new price structure for Paramount+.

The rebranding gives ViacomCBS a chance to freshen up its streaming efforts right in the heart of the streaming wars.

CBS All access was an early entrant into the streaming market when it launched in 2014, but has since been joined by Disney+, NBCUniversal's Peacock, and HBO Max, which comes from CNN's parent company, WarnerMedia.

Now, ViacomCBS is hoping that a new moniker, which is named after one of the most iconic studios in Hollywood history, and a trove of content can help it compete with the likes of Netflix and others in the streaming world.

CBS and Viacom merged to become ViacomCBS last year. The merger was a reunion for the two companies, which split in 2006.