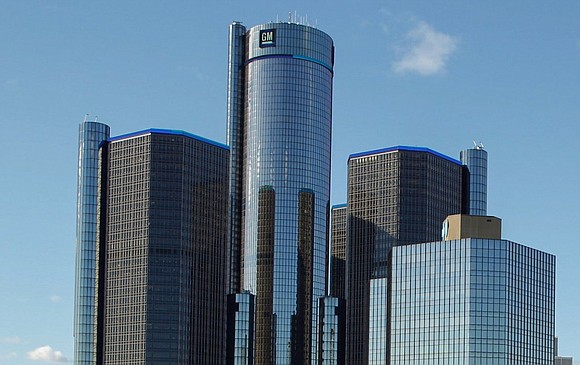 GM announced it will increase its ad budget for Black-owned media by 400% between now and 2023..

The move comes just days after a group of seven Black-owned media officials took out an ad in the Sunday Detroit Free Press to demand an increase in spending to promote “economic inclusion.” The group took direct aim at GM CEO Mary Barra suggesting she was racist and demanding her resignation if she didn’t respond.

Following the publication of the advertisement, GM agreed to meet with the seven media moguls. But the automaker called off the event, which was to be conducted as an online Zoom meeting, late Wednesday. Instead, the automaker said it would hold “a series of meetings … as soon as possible” with a larger mix of Black-owned media publishers and other executives.

“To ensure that our conversations are both substantive and constructive, we are going to postpone tomorrow’s group meeting and reschedule it into a series of smaller conversations that take place over the next few weeks,” GM global Chief Marketing Officer Deborah Wahl wrote in an e-mail sent to the executives. “We also intend to expand the dialogue to invite our existing Black-owned media partners currently in the GM portfolio.”

The issue of spending to support minority media, in general, has become a hot-button issue. In light of the Black Lives Matter movement and a broader focus on the African-American community, there’s been a particular focus on Black-owned media.

According to the seven executives who signed the Sunday ad, GM currently devotes just 0.5% of its roughly $2.3 billion annual ad spend to black publications and other media. The automaker disputed that figure, claiming the current figure is closer to 2%, though spokesman Pat Morrissey said GM management agreed an increase is necessary.

The signatories of the Sunday ad — including Weather Channel owner Byron Allen; rapper, actor and media mogul Ice Cube; and Junior Bridgeman, the owner of Ebony Media — were set to demand that GM devote a minimum $200 million annually to Black-owned media, with the figure increasing 5% annually during the next 10 years.

Under the plan GM announced Wednesday, it will grow spending from 2% to 8% of its total ad budget by the end of 2023. That would boost the figures from about $45 million to roughly $180 million over that period.

“Mary Barra has the opportunity to be on the right side of history,” Allen said during a conversation with TheDetroitBureau.com midday Wednesday. He acknowledged his group would try to leverage any agreement with GM to win similar concessions from not only rival automakers but corporate America in general.

“Every corporation in America will be held accountable if they don’t do business with Black media in a respectable way,” he said.

Hours later, when the original meeting with the seven media execs was canceled he expressed surprise and anger. “What they’re trying to do is divide and conquer,” Allen said by phone. “They should be meeting with us.”

The decision to hold multiple meetings with a broader cross-section of the Black media community was well received by others, however. 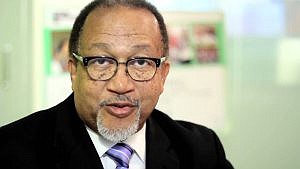 Benjamin Chavis, CEO and president of the National Newspaper Publishers Association, a trade group for Black media, also wanted to meet with Barra.

Benjamin Chavis, CEO and president of the National Newspaper Publishers Association, a trade group for Black media, said he also wanted to meet with GM Chairman and Chief Executive Barra and express his belief that it “and other corporations need to increase their advertising with Black-owned media.”

Chavis was more upbeat on how the automaker and its CEO had been addressing the issue of systemic racism than the group sponsoring the Sunday ad. He said the carmaker has been “taking steps to deal with systemic racism — but it doesn’t happen overnight, or in one year.”

Barra became the first female automotive CEO in January 2014. She has repeatedly promised to make GM “the most inclusive company in the world.” Just last week it appointed to its board of directors former Hewlett Packard CEO Meg Whitman and Mark Tatum, the deputy commissioner and COO of the National Basketball Association. The GM board now is the first of any major corporation with a majority of female directors.

After the death of George Floyd in police custody last May, Barra wrote a letter to employees saying that she was “impatient and disgusted” by the events and stressed the need to “individually and collectively” act. And on June 19 — known as Juneteenth, the commemoration of the emancipation of enslaved people in the United States — GM asked employees to observe 8 minutes and 46 seconds of silence, the amount of time former Minneapolis police officer Derek Chauvin is recorded as having his knee on George Floyd’s neck during his fatal arrest, as a sign of solidarity with the black community.

Rapper and media mogul Ice Cube was one of the seven signatories on the ad criticizing GM CEO Mary Barra. 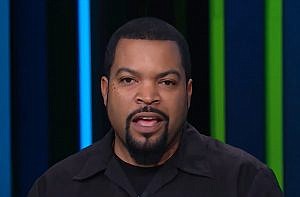 Rapper and media mogul Ice Cube was one of the seven signatories on the ad criticizing GM CEO Mary Barra.

But, in the Sunday newspaper ads, Allen and other Black-owned media execs were far less upbeat about such moves. “You stand on stage, after the death of George Floyd, saying, ‘Black Lives Matter,’ when you have refused to acknowledge us,” the ad says of Barra. “The very definition of systemic racism is when you are ignored, excluded and you don’t have true economic inclusion.”

In a conversation with TheDetroitBureau.com, Allen said corporate America needs to recognize and support Black-owned media which has been struggling in recent years. Ebony, arguably the best-known publication in its field, was purchased out of bankruptcy by former NBA star Bridgeman last year.

Complicating matters has been the shift from traditional — largely print — media to online publishing. Companies like GM often have cut back direct ad buys with media outlets, in general. Instead, they steer a large share of spending to digital ad services such as Google AdSense. As a result, said a senior Detroit ad exec on background, they’re often able to reach Black consumers without actually working with black-owned publications.