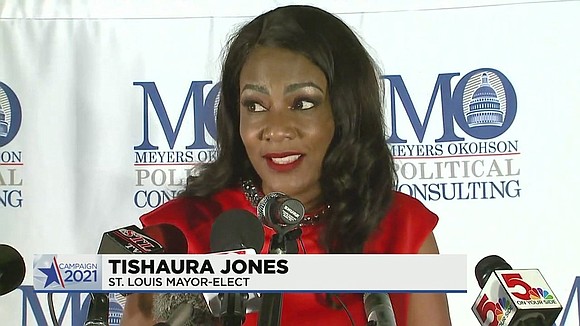 Jones will become mayor four years after losing to Lyda Krewson by 888 votes in the Democratic primary. She has served as St. Louis Treasurer since 2013 and before that, was a Missouri State Representative.

Jones, who has touted herself as a progressive, has said she would restructure the police department and reallocate money to substance abuse and mental health.

Tuesday marked the first general election in the city since ‘approval voting’ was adopted. The election was officially non-partisan, with the top two vote-getters in the March 2 primary facing off; Jones also finished first in that contest, with 56 percent of the vote compared to 46 for Spencer.

The final vote percentage was 51.68 percent for Jones and 47.77 percent for Spencer in the general election.