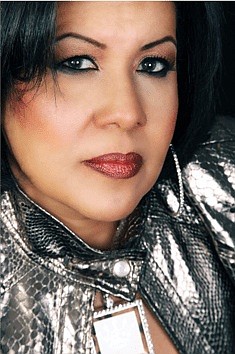 Designer and long-time Black Santa collector Debra L. Mars has added her own contribution to the canon by partnering with several HBCUs to offer Black Santas this holiday season. 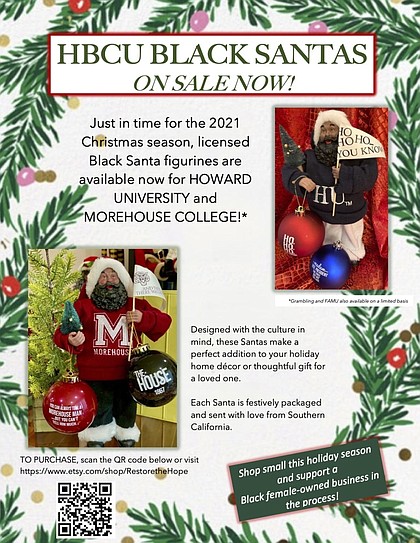 Mars, who has worked in marketing and supplier diversity for Frito-Lay, began collecting Black Santas over 35 years ago.

“I traveled the country and would pick them up whenever I saw them, especially in the Southern states,” Mars said. “My fascination came about when I reflected on how my mother only had one childhood toy; it was a white doll that looked nothing like her—that was triggering for me.”

Designing and selling Black Santas is about more than the bottom line for Mars.”[It’s] more about storytelling than the product itself. They are designed as triggers to hopefully remind people what a precious gift they are to this world,” Mars said.

“The Santa to me is symbolic of spiritual gifts and talents rather than what’s in the box under the tree. It saddens me that so many people feel worthless and undervalued. That is why our branding tagline for the Black Santa Cause Collective is ‘unwrap your gifts’.”

Mars also has a goal to align and partner with other creators to tell the Santa “Cause” story.

“I am most proud of a woman I found who is exclusively making Black Santa leather bracelets for our line,” Mars stated. “Each one is hand crafted and features a lighter skinned and darker skinned Black Santa in the design to communicate the variety of melanin in the African American race. This alliance with her has created a stream of supplemental income for her and more importantly, a clear validation of her gifts and talents.”

Even though she’s had to work through several obstacles and supply chain challenges, Mars feels she is finally dwelling in her passion.

“This dream was planted in me over 25 years ago to create this line. This has been a master class on perseverance. Having the opportunity to represent our sacred jewels: The HBCUs is an honor that I do not take lightly,” Mars said.

“When I did the research on the game changers that attended these iconic institutions from Thurgood Marshall to Kamala Harris to Spike Lee and Samuel L. Jackson, I am so proud and a little remorseful that I did not attend a HBCU.”