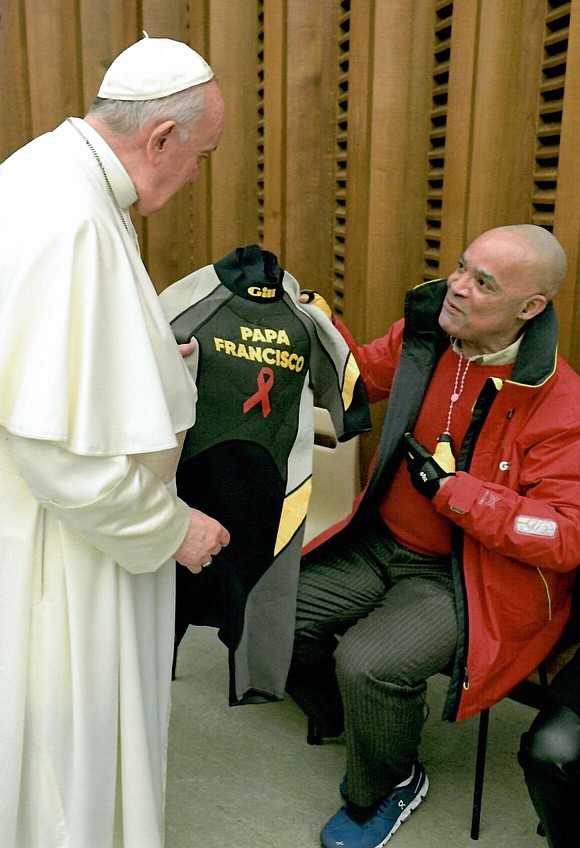 Don Victor Mooney of Queens, New York concludes a three-day visit to Raliegh, North Carolina after an historic audience with Pope Francis at the Vatican on World AIDS Day. In Rome, Italy, Mooney met with the American, Polish, and Portugal diplomats accredited to the Holy See. After meeting with Pope Francis, Mooney had a second audience with Cardinal Turkson, the first Ghanaian Cardinal, to be first Prefect of the Dicastery for the Promotion of Integral Human Development.

Mooney’s visit to the Vatican marked the 17th year anniversary of receiving a blessing from then Pope John Paul II on December 1, 2004, in advance of his first attempt to row from Goree Island, Senegal to Brooklyn. On a 4th try he completed the row from Maspalomas, Gran Canaria, a part of Spain’s Canary Islands to New York’s Brooklyn Bridge, a first for an African American. His mission was to encourage HIV testing.

"We stand on the shoulders of so many people. I didn't see my trip to the Vatican as a victory lap, but a testimony of faith, said Don Victor Mooney".