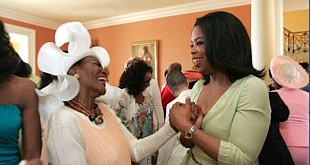 In memory of Cicely Tyson, OWN will present “OWN Spotlight: Cicely Tyson” thisSaturday, February 6 (10-11 p.m. ET/PT) featuring a never-before-seen intimate conversation with the legendary actress and Oprah Winfrey. The special will also stream on OWN’s Facebook page anddiscovery+.

OWN honors the legacy of the late Miss Tyson with this special conversation captured in 2012 at the taping of “Oprah and The Legendary Cast of Roots 35 Years Later.” The Emmy and Tony-award-winning actress explains the surprising story of how she found her calling, shares behind-the-scenes history of her most iconic roles and reveals the biggest life lessons she’s learned.

Following Tyson’s passing, Winfrey shared the following in her honor:

“Of all the times and experiences we shared together, this was one of my favorites: The weekend of the Legends Ball in 2005. The idea for the ball originated because I wanted to celebrate HER, and other remarkable Black women who carved a path and built a bridge for me and generations to follow. What a joy to honor her and feel her receive it! I loved her hat so much, she sent it to me afterwards. Cicely decided early on that her work as an actor would be more than a job. She used her career to illuminate the humanity in Black people. The roles she played reflected her values; she never compromised. Her life so fully lived is a testimony to Greatness.”