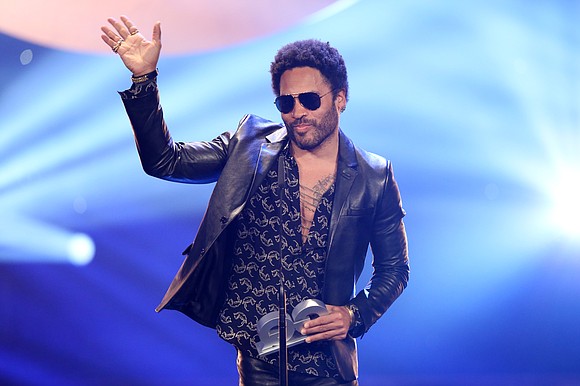 In a recent interview with CNN, the rocker recalled what it was like to take the stage at one of the most watched events.

"The excitement of playing at the Super Bowl is that it's live, it's televised all over the world. It's extremely timed, everything has to be ready at the exact second. When I did it, there were lots of sets moving around, people, it's quite a large production. It's all about precision."

The Weeknd will headline Sunday's halftime show and when asked if he had any advice for the artist, Kravitz simply said, "I'm sure [The Weeknd] is going to do a great job. He's very talented and has great music, so I expect a great performance."

Kravitz might not be taking the stage again, but he will appear in an Stella Artois ad during the game with a message about love.

"It is about investing in each other, investing our time in positive things. In loving each other and there couldn't be a better time for that," Kravitz said. "I know, for me, in this past almost year now that I've been here in the Bahamas, those are the kind of things I think about the most. Time and how I'm spending my time and how I'm doing the best that I can with my time to spread love, to communicate, to enjoy life with those that I love and to also care for myself. This message is all about that, we only have so many heartbeats in our life. How are we going to spend them?"

Kravitz said that when he has tough times, he turns to his faith.

"It wouldn't be life if I didn't and we didn't battle dark moments. It's part of life. It's how you react to those dark moments. And, for me, I grew up in a family that always encouraged my faith, my faith in God, my spirituality and on dark days I recognize that it's there because you have to be real with yourself. I process it and then I push it out," Kravitz said. "I've learned to push it out and that has taken years to learn, but I'm not going to let that control me. Fear has no place within me and I keep my faith and that gets me through."