Phoebe Bridgers wants you to know women can smash guitars too 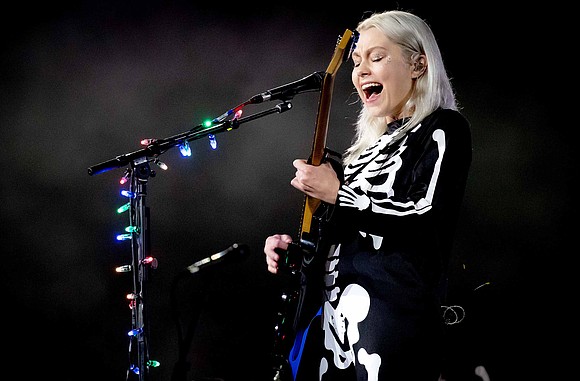 (CNN) -- At the end of her performance of her single "I Know The End" on "Saturday Night Live" this past weekend, Phoebe Bridgers attempted to smash her guitar.

Some people got in their feelings about it.

Twitter was filled with folks questioning why she did it and using words like "extra" to describe it -- even though Bridgers wasn't exactly successful in breaking her guitar up.

Even legendary artist David Crosby answered "Pathetic" when someone on Twitter asked what he thought of the smashing (causing Bridgers to respond in a tweet by calling Crosby an expletive).

After singer Jason Isbell tweeted "That was like an 85 dollar guitar she smashed come on guys" Bridgers responded.

"I told danelectro (the company that made the guitar) I was going to do it and they wished me luck and told me they're hard to break," she tweeted.

Since then Bridgers has had some fun with it, even retweeting comedian Drew Gooden's tongue in cheek tweet "I am so disappointed in Phoebe. There are millions of hungry kids out there who would have loved to eat that guitar. And now no one can eat it. I can't stop crying."

Rolling Stone writer Angie Martoccio also didn't think people should be broken up about it.

"The online furor was obviously overblown -- especially considering that it was set off by a female musician following the example of the many, many men who have smashed their instruments before her," she wrote.