Race and Data Discrimination In America 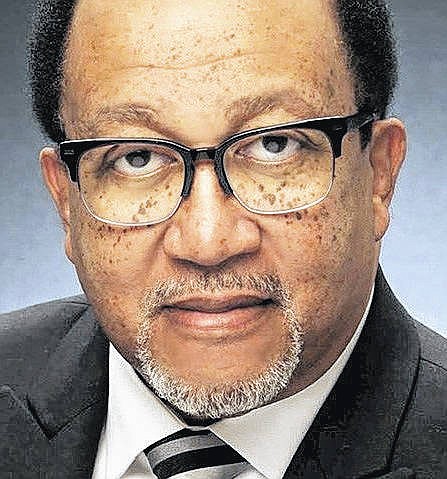 Today there is a welcomed breath of fresh political air in Washington, DC even amidst the unprecedented spread of the global COVID-19

pandemic throughout the United States. According to the Biden-Harris Administration the issues of racial justice and equity are now top priorities in a “whole of government” commitment to all Americans, and in particular to African Americans and other people of color communities.

Most recently the National Newspaper Publishers Association (NNPA) had a special on- the-record briefing from the White House Office of Public Engagement directed by The Honorable Cedric Richmond who is also Senior Advisor to President Joe Biden.

As we heard Richmond strongly reaffirm the Administration’s urgent push to have the U.S. Congress to enact the $1.9 trillion American Rescue Plan that promises to respond to the nation’s pandemic and economic crisis respecting the principles of equity, I thought reflectively about all the various racial disparities, discriminations, and inequities that daily have a negative impact on Black America.

Yet, in 2021 we live in the age of data where the aggregation, control, and ownership of data continues to have enormous social and economic consequences for those who are poor and marginalized. One preexisting condition that has not gotten enough public attention and debate is the issue of the intersection of race, data discrimination, and inequity in America.

Data discrimination is a covert form of racism that is having a devastating overt impact on the quality for life of African Americans and others who continue to face systemic inequity.

It is relevant to note that the largest credit reporting agency in the U.S. is Equifax. During the COVID-19 pandemic, Equifax actually has become more profitable at the expense of millions of Ameri- cans who are struggling to survive to make ends meet. As a consequence, we must begin to raise questions about the apparent linkage of the expanding credit reporting industry to the growing financial inequities especially in African American communities.

As credit reporting booms while most Amer- icans are experiencing financial hardship, Equifax’s “Work Number” workforce division is turning in record profits by raising costs on consumers. The Work Number is a user-paid verification of employ- ment database that was acquired and now owned by Equifax. This database allows credentialed verifiers to receive instantaneous electronic confirmation of an individual’s employment data and income for ver- ification purposes.

Today Equifax’s Work Number is charging $49.95 for the cost of an Income and Employment Report that is nearly three times what the cost of the report was six years ago at ($18).

The U.S. credit reporting industry generated over $12 billion in revenue last year, according to re- search from IBISWorld, and the market size is expect- ed to grow another 3.7% next year. The three largest agencies—Equifax ($EFX), Experian ($EXPGY) and TransUnion ($TRU) —accounted for more than 50% of the total revenue.

The industry’s growth is driven by a unique business model, which provides a dual revenue stream from consumer data. Businesses pay credit bureaus to collect employee information and manage verification requests, like those generated when an individual seeks to obtain a loan from a bank.

Agencies then charge requesting parties for the personal information, generally on a per-request basis, which is frequently passed onto the consumer.

Equifax, despite its 2017 data breach that im- pacted 147 million people, continues to be the largest player in the space. The company claims to have re- cords on over 222 million U.S. consumers and receives weekly payroll data on a third of the U.S. population.

Equifax’s Work Number has benefited from the spike in unemployment caused by the Coronavirus pandemic. With millions of Americans out of work,

demand for verification services has surged as creditors seek to determine employment status of loan holders and potential loan candidates.

According to Equifax’s quarterly financial reports, The Work Number generated nearly $377 million in revenue during the third quarter of last year, a 57% increase year-over-year and the second consec- utive quarter of more than 50% growth. Between 2012 and 2020, The Work Numbers’ verification services revenue jumped nearly 400%.

Largely driving The Work Number’s growth is its dominance in the mortgage lending market, which accounted for 31% of the division’s revenue mix throughout last year.

The Work Number controls over 380 million current and historic consumer data records, including 100 million added between 2019 and 2020. That scale provides immense leverage over the mortgage lending industry.

“We have real scale in the business, which provides a competitive advantage,” Equifax CEO Mark Begor said on the company’s earnings call last October. “We’re now having a billion companies de- liver data to us on a period basis. That makes this data set very, very valuable and tough to replicate. And if you’re one company, then you’re likely not going to give the data to two companies. You’re going to give it to the company that’s been in it for long time.”

I ask Mark Begor a simple but serious question: “What verifiable safeguards are in place at Equi- fax Inc. that prevent racial and data discrimination with respect to African Americans and other people of color?”