EU authorizes Moderna's Covid-19 vaccine, paving the way for its rollout next week 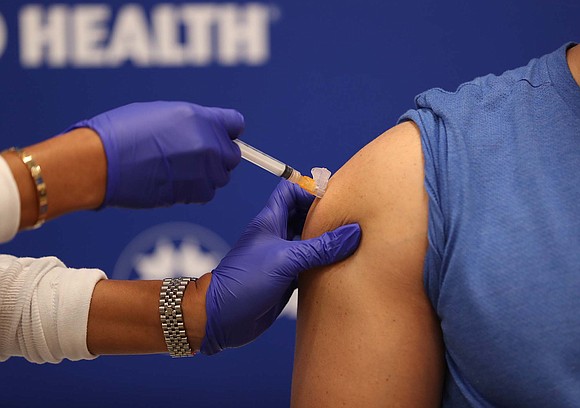 (CNN) -- The European Union has authorized Moderna's Covid-19 vaccine, the second coronavirus vaccine to be approved for use in the EU.

The move finalizes the recommendation of the European Union drugs regulator, who earlier on Wednesday recommended granting the drug a conditional marketing authorization.

Emer Cooke, the European Medicines Agency (EMA) executive director, said on Wednesday that "this vaccine provides us with another tool to overcome the current emergency."

"It is a testament to the efforts and commitment of all involved that we have this second positive vaccine recommendation just short of a year since the pandemic was declared by WHO," she said.

The EU has secured the purchase of up to 160 million doses of the Moderna vaccine -- enough to vaccinate 80 million people of its 448 million citizens -- as part of a joint vaccine strategy aimed to ensure equitable access across the bloc.

Under that contract, the US biotech firm has promised to deliver all their doses between now and September 2021, the European commission said.

Moderna said in a statement that the first deliveries of their vaccine "from Moderna's dedicated non-US supply chain are expected to begin next week."

Ursula von der Leyen, President of the European Commission celebrated Wednesday's outcome, saying that "we are providing more Covid-19 vaccines for Europeans. With the Moderna vaccine...we will have a further 160 million doses. And more vaccines will come."

Noting that Europe has secured up to 2 billion doses of potential Covid-19 vaccines, von der Leyen added, "We'll have more than enough safe and effective vaccines for protecting all Europeans."

Stella Kyriakides, the EU's Commissioner for Health and Food Safety said that "we are all in this together and united," adding that that "our efforts will not stop until vaccines are available for everyone in the EU."

Kyriakides also said that member states will "have to ensure that the pace of vaccinations follows suit."

The 27-member bloc is already facing logistical challenges in rolling out the Pfizer/BioNTech vaccine, which the EU purchased 300 millon doses of and which was authorized for use on December 21 and rolled out just days later.

In France, as of January 1, the amount of people vaccinated stood at a paltry 516, according to data made available by the French health agency.

That rate seems to undermine the promise of French Prime Minister Jean Castex, who said that 1 million people would able to be vaccinated by the end of the month.

Jean Rottner, the head of France's "Great East" region, which has been badly impacted by the second wave, said that the slow vaccination rate is "a state scandal," and that he wanted territories to "take over" from the government.

"We are making fun of ourselves because today, being vaccinated has become more complicated than buying a car," Rottner said on public broadcaster France 2.

"We need to accelerate, we are at war," he said, "adding that "today, we need to vaccinate everywhere we can, with the means that are at our disposal."

The German government has also come under pressure from both politicians and scientific experts for not securing enough doses of the Pfizer/BioNTech vaccine to roll out its vaccination program.

Germany has immunized 316,962 people -- around 0.4% of the country's population -- according to Tuesday's data from the Robert Koch Institute, the national agency for disease control and prevention.

Among those vaccinated were around 131,885 residents of nursing homes and around 149,727 medical staff, according to data collected from Germany's federal states.

German health minister Jens Spahn rejected criticism of the delay in inoculations, saying in an interview with public broadcaster ARD on Tuesday that vaccination doses currently available in Germany are "exactly the order of magnitude I have been announcing for weeks."

At the same time, Spahn emphasized that efforts to procure more vaccine doses for Germany are underway, with authorities "very actively" supporting the construction of a new BioNTech production plant in Marburg.

Experts have warned that the biggest challenge for the EU will be the actual rollout of the vaccine, given that both the Pfizer/BioNTech and Moderna shot, which uses new mRNA technology, differs significantly from other more traditional vaccines in terms of storage.

The Pfizer/BioNTech vaccine presents more complex logistical challenges, as it must be stored at around -70C (-94F) and lasts just five days in a refrigerator. Vials of the drug also need to be diluted for injection; once diluted, they must be used within six hours, or thrown out.

Vaccine candidates such as Oxford/AstraZeneca's offering -- which is already being distributed in the UK and which experts believe is likely to be approved by European regulators next -- can be kept at normal refrigerator temperatures for at least six months, a benefit to those countries which are ill-equipped to handle the additional demands of cold-chain storage.

A strong cold-chain network is just one aspect when it comes to effectively distributing vaccines, however.

Other factors such as monitoring systems, community engagement and human resourcing are also all crucial to a successful rollout.