This cancer doctor wiped out more than $600,000 in medical debt for his former patients 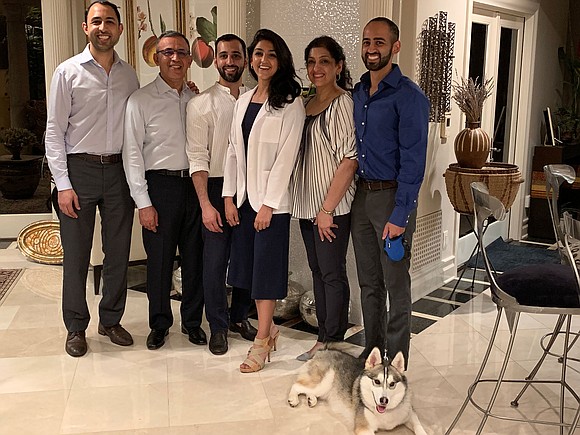 All of Atiq's children are either doctors or are training to become physicians. Credit: Courtesy Dr. Omar T. Atiq

(CNN) -- An act of kindness by an Arkansas doctor is helping his former patients face the new year with less debt. Dr. Omar T. Atiq voided more than $650,000 of unpaid medical bills for those once under his care.

"If this gave them a little bit of assistance then I am grateful to have had the opportunity to do so," the oncologist tells CNN.

A concern for community

"There has always been an element of doubt in my mind about our fellow citizens, fellow human beings having to worry about paying for services when they are sick," the doctor and father of four says. "But that is the way our system unfortunately works. The majority of patients luckily have some health insurance—some way to pay for all the services and medicines which are terribly expensive—but some don't."

Dr. Atiq decided to forgive his patients' debts in time for the Christmas Holiday. Each received a card with a personal greeting from their former doctor. The note thanked each patient for trusting Dr. Atiq with their care and followed with the generous surprise.

According to Dr. Atiq, the debts carried by his patients ranged from hundreds of dollars to tens of thousands. As the ripple effects from the coronavirus pandemic raised financial pressures for so many households, Dr. Atiq and his family considered ways they could help.

"We are blessed that we didn't need the money, so we decided to just cancel and forgo the debt—and we did," he tells CNN.

Nearly 30 years ago, Dr. Atiq founded the Arkansas Cancer Clinic in the community of Pine Bluff to make comprehensive cancer care available for the economically disadvantaged. Prior to its opening, Pine Bluff cancer patients traveled at least 50 miles for treatment. Dr. Atiq is clear that his patients' needs were always his top concern—not their ability to pay.

"One principle I have always followed is, I am here to see patients. For somebody to trust their lives in my hands is the highest privilege and honor I can get," Dr. Atiq explains. "We never refused any patient for any reason."

For years, Dr. Atiq focused solely on his patients' medical situations. Financial concerns like billing were left to his office crew.

"Previously the staff used to take care of it. And, I never really looked at the business side of it," he explains.

But, earlier this year as Dr. Atiq and his wife began to close the clinic, their closer review of financial statements revealed something disturbing. Some of the patients were only making meager payments of $5 and $10 toward hefty debt balances.

"They wanted to (pay) but they couldn't."

As a physician, Dr. Atiq knows all too well the huge financial strain often faced by patients. But as an oncologist, he admits cancer care can often involve particularly overwhelming expenses. Although he wishes all of his patients could simply focus on healing, many are simply not in a position to—even if they have insurance. And, most of his patients had to work while receiving treatment. Some of his patients, including elderly grandmothers, were already working two jobs prior to getting sick.

"Some (patients) would work the day they received their chemo," Dr. Atiq recalls.

A lesson in caring

An immigrant from Pakistan, Dr. Atiq's decided to become an oncologist when he realized his community lacked comprehensive cancer care.

"When I was in medical school in Peshawar, Pakistan, there were no cancer specialists in the region and there was a need for it," he says. "That's what compelled me towards oncology."

Upon immigrating the US, he saw a similar need within his Pine Bluff community.

In the same spirit of generosity that Dr. Atiq opened his clinic, he is now closing its doors to begin a new chapter. Dr. Atiq is a full-time professor of Head and Neck Surgery at the Winthrop P. Rockefeller Cancer Institute, part of the University of Arkansas for Medical Sciences. His patients safely transitioned to a hospital to continue their cancer care.

An observant Muslim, Dr. Atiq feels his act of kindness was a small gesture in comparison to what his patients have given to him over the years. "The courage and the resilience and the decency that I have learned from my patients is invaluable," he says, eager to shift attention away from his goodwill and back to his patients.

"The issue is their health," he tells CNN in between rounds. "I am hoping and praying that they are cured of cancer. Or, it is controlled well to where they are living productive, happy lives with their families, and their friends, and their loved ones."