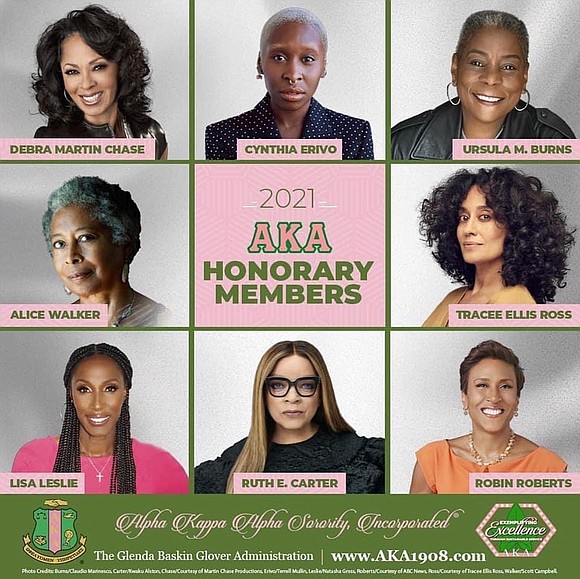 The ladies were bestowed the highest level of membership that Alpha Kappa Alpha gives, Honorary Membership. Their initiation comes while Alpha Kappa Alpha Sorority, Inc.® is hosting their 69th Boule II/Leadership Seminar 2021 in New Orleans, LA. They join an international sisterhood of more than 300,000 members across the globe who are committed to service to all mankind.