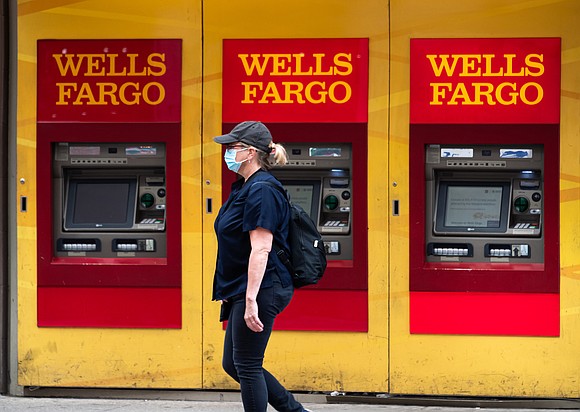 Wells Fargo is setting a goal of net zero greenhouse gas emissions — including from the companies and projects it finances — by 2050. Credit: Noam Galai/Getty Images

The bank is setting a goal of net zero greenhouse gas emissions — including from the companies and projects it finances — by 2050. It's a major step for Wells Fargo, which has long been a major backer of oil, natural gas and coal projects that climate activists warn threaten the planet.

"This transition to a lower-carbon economy is real. And we want to be leaning into it, financing it and helping our clients through it rather than ignoring it," Jon Weiss, CEO of corporate and investment banking at Wells Fargo, told CNN Business.

Wells Fargo, the third largest US bank by assets, joins a parade of big banks setting net zero goals — following similar pledges made last week by Goldman Sachs and Citigroup. Bank of America, Morgan Stanley and JPMorgan Chase also previously rolled out plans to align their financing activities to the Paris climate accord.

Taken together, the steps will help accelerate the pivot away from fossil fuels in favor of clean energy at a time when Americans have become increasingly worried about extreme weather events like the deadly deep freeze in Texas last month.

Wildfires and extreme flooding are bad for business

Wells Fargo is viewing the climate crisis in part as an issue of risk management.

"It doesn't take a scientist to notice our clients are affected by changes in climate," Weiss said. "When a wildfire burns down a major portion of California or a once-in-a-century flood occurs every five years, that implies risk to people and companies in its path."

And Weiss pointed out that "too often it seems like the brunt of these climate events falls on the more vulnerable portions of society that either can't get out of its path or don't have the same type of stable housing."

But Wells Fargo and the other big banks are also under serious pressure from investors who want to back companies that are viewed as part of the solution, not the problem.

"What's important to our investors is important to us. Ultimately, they own our company," Weiss said. "And they are speaking pretty loudly."

As part of its climate goals, Wells Fargo is promising to pump $500 billion into wind, solar and other sustainable finance projects by 2030. That marks an acceleration of the $157 billion Wells Fargo says it has invested in sustainable businesses and projects since 2012.

"The financial system is recognizing climate risk — and moving toward addressing it," said Danielle Fugere, the president of As You Sow, a nonprofit that promotes environmental and social corporate responsibility. "This is an important signal to the entire economy."

The announcement comes as Wells Fargo seeks to turn the page on a series of scandals that have tarnished the brand of a bank that turns 170 years old later this month.

Wells Fargo is on its fourth CEO since the fake-accounts scandal erupted in September 2016 and the bank has yet to escape from unprecedented sanctions imposed by the Federal Reserve for "widespread consumer abuses."

"There's no question we've made our share of mistakes — and maybe more than our share of mistakes in the past," Weiss said. "But we've also all along been a company that cares deeply about the communities we do business in. Perhaps what's changing is that we are trying to lead from the front, instead of maybe quietly from the shadows."

Wells Fargo has been a major backer of the energy industry in the past, a role that has at times made the bank a lightning rod for criticism.

Between October 2018 and October 2020, Wells Fargo lent $6.3 billion to the coal industry, according to a report released last month by Urgewald, the Rainforest Action Network, 350.org and other groups. That ranked Wells Fargo No. 10 among global banks, behind US rivals Citi, JPMorgan and Bank of America.

Wells Fargo was also among the 17 banks that helped finance the controversial Dakota Access Pipeline. In 2017, Wells Fargo's support of that project sparked protests at branches and prompted the city of Seattle to sever ties with the bank.

Why Wells Fargo is changing its tune

Despite Monday's announcement, Wells Fargo is not saying goodbye to the fossil fuels industry. At least not yet.

Instead, Weiss said, Wells Fargo plans to help its clients transition to a more sustainable future and lower their emissions.

"It is very much a client-driven strategy, not a declaration against our clients," he said.

Weiss explained that Wells Fargo could, for instance, still provide financing for shale oil or similar projects. But he said that support will need to be measured within the context of trying to move the bank's lending portfolio towards carbon neutral.

When Goldman Sachs announced its goal of net zero emissions by 2050 last week, the Sierra Club criticized the bank for failing to disclose near-term steps for cutting emissions.

Similarly, Wells Fargo is not yet saying how it will reach this long-term goal. The bank said it plans to set and disclose interim targets for select carbon intensive businesses — including oil, gas and the power sector — by no later than the end of 2022.

Likewise, Wells Fargo said it will set and disclose targets for additional sectors within a "reasonable time" after disclosing financed emissions for those sectors.

Wells Fargo decided to make its announcement now, Weiss said, because of the urgent nature of the crisis.

"We were compelled by a sense of responsibility," Weiss said, "that if we don't start now, we're only going to be that much later in trying to help our clients and society tackle this problem."