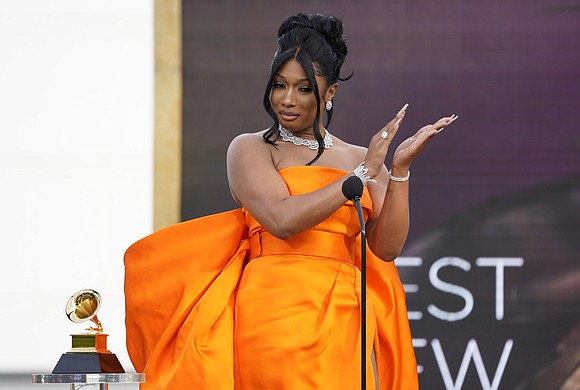 (CNN) -- Will we now get that OnlyFans page Beyoncé rapped about?

The award was announced prior to the show airing on CBS and Megan Thee Stallion began her acceptance speech by just screaming her excitement.

"I'm so excited. Sometimes I'm in disbelief," she tweeted. "I cannot believe I'm this girl from Houston who really made it. Me and my mom used to always talk about me being at the Grammys, and she'd tell me that I'm going to win a Grammy."