The race between variants and vaccines in US will be a close call, expert warns, and eased restrictions aren't helping 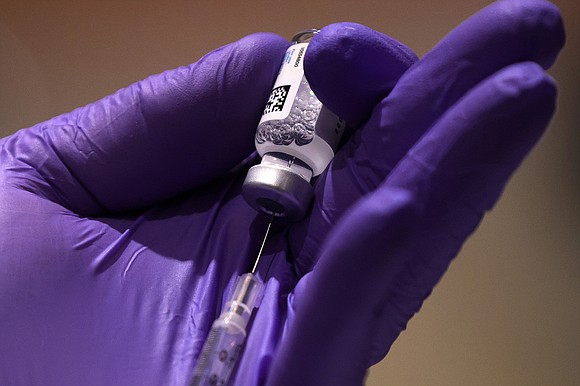 Experts say there's a tough race between Covid-19 vaccinations and a contagious variant that's rapidly spreading across the US, threatening another dangerous surge -- and the eased restrictions only further complicate things. Credit: Alex Wong/Getty Images

(CNN) -- Experts say there's a tough race between Covid-19 vaccinations and a contagious variant that's rapidly spreading across the US, threatening another dangerous surge -- and the eased restrictions only further complicate things.

"It's going to be a close call," Dr. Ashish Jha, dean of the Brown University School of Public Health told CNN on Tuesday. "We are vaccinating really well, that's the good news. These variants are spreading pretty quickly across the country, that's the bad news."

"To me, I think the vaccine should win out," Jha added. "Here's the big but: What Texas, Mississippi, other states are doing to relax and get rid of the mask orders and kind of act like everything is back to normal, that is definitely coming down on the side of the variants."

The governors in Texas and Mississippi are among at least a dozen state leaders that have eased restrictions this month -- many crediting improved Covid-19 numbers and increased vaccinations.

Mississippi, for instance, has seen new cases jump 19% from last week, according to Johns Hopkins University data. The state has an average of 463 new cases per day. Case counts have been increasing over the last eight days.

New cases are still trending down in the US overall and experts say that typically more sustained data -- of at least a couple weeks -- is needed to identify a trend. But with multiple concerning variants circulating in the country, catching early warning signs may be key to limiting continued spread.

You asked, we answered: Your top questions about Covid-19 and vaccines

There are several variants that worry experts right now.

They include two coronavirus strains first detected in California that are now officially "variants of concern," according to the Centers for Disease Control and Prevention. The variants may be about 20% more transmissible, the agency said citing early research, and some treatments may also be less effective against the strains. The CDC did not say that vaccines would stop working against them.

But there's one that's "front and center," said Dr. Michael Osterholm, director of the Center for Infectious Disease Research and Policy at the University of Minnesota.

It's the B.1.1.7 variant, that was first detected in the UK and is now projected to become the dominant variant in the US in just a matter of weeks, according to the CDC.

"Our current models ... project that by end of March, early April, B.1.1.7 will be the dominant variant," CDC Director Dr. Rochelle Walensky said on Monday.

There have been at least 4,690 cases of the variant reported in the US -- and that likely doesn't represent the total number of cases across the country, but rather just those that have been found by scientists analyzing positive samples. The variant has been detected in at least 48 states, Puerto Rico and Washington, DC.

Recent research suggests the variant could be tied to a higher risk of dying from Covid-19. But there's growing evidence the variant poses little threat to the efficacy of current vaccines.

"I think the next several weeks are going to be all about B.1.1.7 and the race we have between vaccine and the variant," Osterholm said. "Loosening up as we are right now... we are creating a perfect storm scenario for this virus to spread."

Florida leads the US with the most B.1.1.7 variant cases reported, according to the CDC. It has reported 738 cases of the variant -- which totals 15% of all cases reported in the US, CDC data shows.

In Texas, 235 cases of the B.1.1.7 variant have been identified, according to the CDC. That's the sixth highest number in the nation.

At least 536,925 people have already died from Covid-19 in the US, according to Johns Hopkins University.

At a time health officials say is critical in determining how the pandemic continues to unfold, celebrations for St. Patrick's Day will also look different in some parts of the country.

Some Irish pubs in New Orleans announced they will not be opening for the celebrations, citing concerns of Covid-19 spread and restrictions on businesses.

Finn McCool's Irish Pub, located in the Mid-City area, wrote on Facebook on Monday that the crowds "would not allow us to stay compliant with state and city rules."

"As much as we would love to be open and see everyone's faces, doing so would endanger not only our staff but also the community," the post said.

"It's important to note that Savannah is wide open. We've been wide open. And the way we stay open is to require the use of masks," the mayor said, highlighting how important St. Patrick's Day celebrations are to the local economy.

Despite the pandemic and a city-issued mask mandate, thousands of residents and tourists, some maskless and many not socially distanced, packed the city's streets and businesses over the weekend.

All states have vaccinated at least 10% of adults

The partying in Savannah and the spring break crowds in Florida are examples of the hunger for a return to normal -- but experts say now is not the time to ditch safety precautions. A safer future is just a few months away, when more of the country is vaccinated.

More than 72 million Americans have so far received at least one dose of a Covid-19 vaccine, according to CDC data. More than 39 million are fully vaccinated -- some 11.8% of the US population.

Among the country's 65-and-older population, more than a third are fully vaccinated and nearly two-thirds have received at least one dose of a Covid-19 vaccine.

Additionally, all states have fully vaccinated at least 10% of their adult population.

To boost vaccination numbers faster, many state leaders have recently announced expanded eligibility guidelines, adding millions of Americans to the list of people who can get a shot. President Joe Biden has said he wants all American adults to be eligible for a vaccine by May 1 -- and some states have said they're planning on getting there sooner.

Massachusetts Gov. Charlie Baker announced Wednesday that as of April 19, people ages 16 and older will be eligible for a Covid-19 vaccine.

But while vaccinations have accelerated, challenges -- including vaccine hesitancy and disinformation -- remain.

"Many who could most benefit, because they are at highest risk of serious and even life-threatening infections, are still holding back," Collins said, speaking at the Washington National Cathedral, where faith leaders gathered to help bolster vaccine confidence.

"Today, all of you are putting hope into action," he said. "Hope for an end to the terrible suffering and loss of life from Covid-19, hope for an end to the economic devastation it has caused, hope that the vaccine can not only protect you, but also -- if we do this together -- your family, your friends, your community, your nation, your whole world."