Sharon Osbourne felt like a 'sacrificial lamb' in 'The Talk' dispute 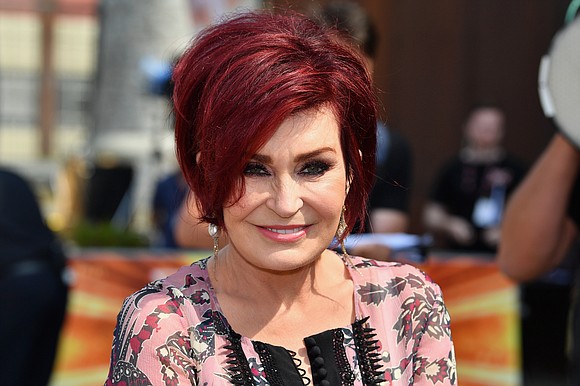 Sharon Osbourne is currently fighting back against accusations she has used racist and homophobic language while speaking about her former colleagues on the CBS talk show. Credit: Anthony Devlin/Getty Images

(CNN) -- Sharon Osbourne says she'd like to turn her argument on "The Talk" into a teachable moment.

"I very much want to listen to the youth," Osbourne told "Entertainment Tonight" in an exclusive interview which aired Tuesday. "Do I have my finger on the pulse of what's going on, with the Black situation in this country? No."

The co-host is currently fighting back against accusations she has used racist and homophobic language while speaking about her former colleagues on the CBS talk show.

The accusations were made Tuesday in a story written by journalist Yashar Ali, citing former "Talk" co-host Leah Remini, who spoke on the record in the piece, and a number of unnamed sources.

CNN has not independently verified the claims. A spokesperson for Remini confirmed the accuracy of her statements as reported by Ali and declined further comment when connected by CNN.

"The only thing worse than a disgruntled former employee is a disgruntled former talk show host," Osbourne's spokesperson Howard Bragman said in a statement to CNN in response to the allegations raised in Ali's report. "For 11 years Sharon has been kind, collegial and friendly with her hosts as evidenced by throwing them parties, inviting them to her home in the UK and other gestures of kindness too many to name. Sharon is disappointed but unfazed and hardly surprised by the lies, the recasting of history and the bitterness coming out at this moment."

The allegations became public just as the CBS daytime talk show had gone on a brief hiatus following a heated debate last week between co-hosts Osbourne and Sheryl Underwood regarding Osbourne's support of her longtime friend, Piers Morgan.

The "Entertainment Tonight" interview appears to have occurred before Ali's story was published and Osbourne -- who apologized on Twitter after her dust up with Underwood -- talked about feeling blindsided during the now famous run in.

"Sheryl turns around and asks me this question and....she was reading it off a card. It wasn't on my cards," Osbourne said. "And then [another co-host] Elaine [Welteroth]'s reading her questions and I'm like, 'I've been set up.' They're setting me up. My anger was like, 'I cannot believe this, I'm your sacrificial lamb.'"

Osbourne said moments before the show began one of the show runners asked if she would mind answering questions about Morgan and how she would feel if "maybe one of [the women] doesn't agree with you." Osbourne said she responded, "I'll answer whatever they want me to answer."

Underwood and Welteroth are both Black. Osbourne said she's tried to apologize to Underwood, who Osbourne said she has "nothing but respect and so much affection for," but has not gotten a response.

"I am not a racist and if you can't have a go at your friend who happens to be Black, does that make me racist because I said certain things to my friend, but I said them on camera?" Osbourne said. "I will keep on apologizing to Sheryl, even if I decide not to go back, I will still keep apologizing to Sheryl."

"The Talk," which also includes co-host Carrie Ann Inaba and Amanda Kloots, is currently on production hiatus "as we continue to review these issues," CBS said. Osbourne told "Entertainment Tonight" she is unsure as to whether she will return to the show.