Volkswagen of America says it's changing its name to 'Voltswagen' 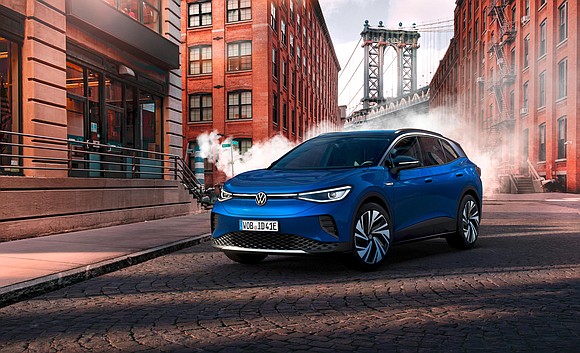 In a move intended to reflect its new push into electric vehicles, Volkswagen's US arm says it is changing its name to "Voltswagen." Mandatory Credit: Volkswagen

(CNN) -- In a move intended to reflect its new push into electric vehicles, Volkswagen's US arm says it is changing its name to "Voltswagen." Yes, really.

In what seemed to be a shocking goof — pun absolutely intended — Volkswagen of America on Monday briefly posted an unfinished press release announcing a plan to change its name to Voltswagen.

Volt as in... electricity. Get it? Because Volkswagen is selling electric vehicles now.

This coming Thursday being April 1, a.k.a. April Fools' Day, it was initially unclear if this was a premature release of a real plan or just a premature release of a moderately funny gag. Fake press releases are a staple of the unofficial holiday, and car companies often get into the game with releases touting things like the Mini Yachtsman, a 2012 gag by BMW's Mini Cooper in which the company announced it was making an amphibious car. (Of course, it wasn't.)

It now appears this is no joke, though. In ads and on chrome badges on the backs of its electric vehicle, Volkswagen, in America, at least, says it will be using the Voltswagen name. The name will not appear on the gasoline-powered cars.

Currently, Volkswagen rarely displays the brand's full name all spelled out. Even emails from the company are sent from "vw.com" email addresses. Dealership signs also usually just show the well-known VW logo without showing the name "Volkswagen." In most cases, as with the chrome badges on electric cars, the company will displaying the Voltswagen name in places where there was no name before, just a VW badge.

This won't the first time a company has played with its name in order to promote big changes. In 2018, the restaurant chain IHOP announced a plan to change its name to IHOb. IHOP stands for International House of Pancakes. The temporary change was done to promote the chain's new Ultimate Steakburgers. It's not yet clear whether Volkswagen's move is going to be as much of a temporary stunt as IHOP's was.

Germany's Volkswagen has announced major moves into the electric car market with the release of the ID.3 electric car and the ID.4 electric compact SUV. VW doesn't intend to sell the ID.3 in the United States, but the ID.4 is being sold here. The parent company, which will not be changing its name, according to the release, also recently announced major investments in battery manufacturing.

The name Volkswagen means "people's car" in German. A volt — as in Voltswagen — is a measure of electrical force. The "Voltswagen" name would also not be the first use of the measurement in relation to a vehicle. General Motors built the plug-in hybrid Chevrolet Volt, known as the Opel Ampera in Europe, from 2011 to 2019.