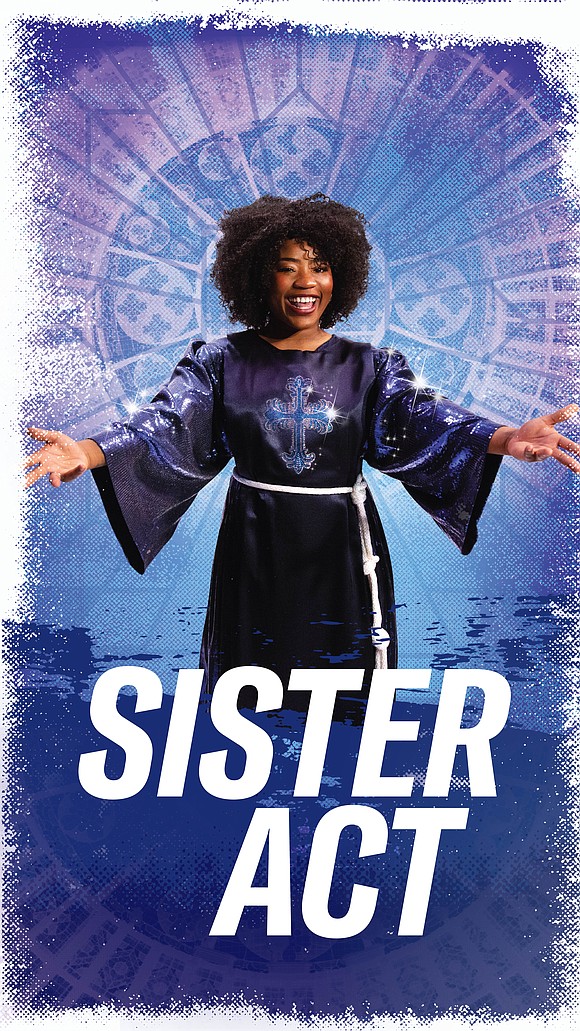 Theatre Under The Stars (TUTS) introduced the incredibly talented cast of Sister Act today including the previously announced Simone Gundy as “Deloris Van Cartier.” She previously appeared in the TUTS productions of Memphis, The Wiz and Elf, and many know her from season 11 of NBC’s “The Voice.”

“I am beyond excited to direct Simone in Sister Act. Her powerhouse voice and comedic chops make her a perfect fit for this role,” said Knechtges. “This heartwarming show is just what we all need right now,” said Artistic Director Dan Knechtges.

Based on the hit film, Sister Act is the feel-good musical comedy smash that has audiences jumping to their feet! Featuring original music by Tony and eight-time Oscar winner, Alan Menken (Newsies, Beauty and the Beast, Little Shop of Horrors), this uplifting musical was nominated for five Tony Awards, including Best Musical. In addition to music by Menken, the musical features lyrics by Glenn Slater, and book by Cheri Steinkellner and Bill Steinkellner. Sister Act runs November 2 through 14 at the Hobby Center for the Performing Arts. Tickets start at just $40, and are available online at TUTS.com, or by contacting the TUTS Box Office by phone at (713) 558-8887 or in person by visiting the Box Office located at 800 Bagby Street.

Theatre Under The Stars is grateful to season sponsors Children’s Memorial Hermann Hospital and Hampton Inn/Homewood Suites. Sister Act is sponsored in part by Freeport LNG. Theatre Under The Stars is funded in part by the City of Houston through the Houston Arts Alliance and the Miller Theatre Advisory Board, the Texas Commission on the Arts and the National Endowment for the Arts.