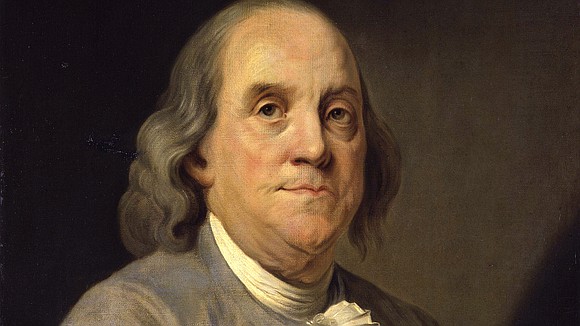 (CNN) -- There's something comforting about Ken Burns' PBS documentaries dealing with subjects that predate video, since the filmmaker, unlike most of the industry, eschews dramatic reenactments in favor of a low-tech approach. Enter "Benjamin Franklin," four hours devoted to the Founding Father, capturing all the facets of a man described as "the most famous American in the world" during his time.

An inventor, wordsmith and publisher. A "reluctant revolutionary." A slave owner, and later an abolitionist. A diplomat. And the father of a son who remained loyal to the British crown during the war, creating a rift between them.

Franklin was all these things, as the various historians enlisted to shed light on him explain. As Joseph Ellis sums it up, Franklin was "a Nobel-caliber scientist, the greatest prose stylist of his generation, and probably the greatest diplomat in American history."

Burns has remained remarkably prolific, including last year's multipart productions about Ernest Hemingway and Muhammad Ali. Yet "Benjamin Franklin" hews toward his earlier works by emphasizing sound over sight, 32 years after Burns' groundbreaking "The Civil War" established the template.

Indeed, Burns' work for PBS represents one of the documentary format's most distinctive brands. Toward that end, there's Peter Coyote's always-stately narration, while Mandy Patinkin reads the words of Franklin, with others, including Josh Lucas and Liam Neeson, lending their voices to additional key figures. In an especially nice touch, Paul Giamatti stands in for John Adams -- whose diplomatic style made him the gregarious Franklin's opposite -- 14 years after portraying him in the HBO miniseries.

Part one covers Franklin's earlier life, and builds toward the onset of the American Revolution, which accounts for the majority of part two. That includes Franklin's pivotal efforts to secure France's support, as well as his somewhat overstated reputation for being a ladies man during that posting.

The level of detail from Burns and writer Dayton Duncan is, as usual, impressive, from Franklin's small but significant edits to the Declaration of Independence (adding "self-evident") to his lament to his son, William, that "you see everything through government eyes." And of course, there's Franklin's oft-quoted line after the Constitutional Convention when, asked what sort of government they had structured, he reportedly replied, "A republic, if you can keep it."

Burns has always been adept, particularly in promotional appearances, at connecting history to the present, and despite some debate about its authenticity, that disclaimer attributed to Franklin has echoed loudly in recent times. "Benjamin Franklin" might not be as showy as some of Burns' other works, but like all of them, it's still a keeper.