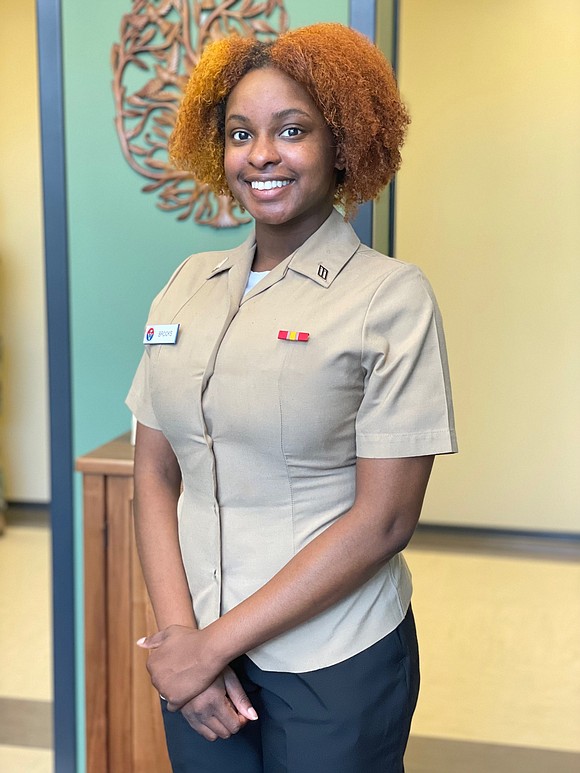 Hospitalman Jasmine Brooks, a native of Houston, Texas, serves the U.S. Navy at the U.S. Navy Medicine Readiness and Training Command operating out of Sigonella, Italy.

“I joined the U.S. Navy to get the opportunity to travel and see the world,” said Brooks.

Growing up in Houston, Brooks attended Cypress Springs High School and graduated in 2018. Today, Brooks uses the same skills and values learned in Houston to succeed in the military.

“My hometown taught me to stay open-minded and respect your elders,” said Brooks. “These are important qualities to have.”

These lessons have helped Brooks while serving in the Navy.

Naval Air Station Sigonella is located in eastern Sicily. Sicily is the largest island in the Mediterranean and covers 10,000 square miles.

With more than 90 percent of all trade traveling by sea, and 95 percent of the world’s international phone and internet traffic carried through fiber optic cables lying on the ocean floor, Navy officials continue to emphasize that the prosperity and security of the United States is directly linked to a strong and ready Navy.

Brooks and the sailors they serve with have many opportunities to achieve accomplishments during their military service.

“Finishing boot camp and the Marine Leadership Course are my proudest accomplishments in my naval career,” said Brooks.

As Brooks and other sailors continue to train and perform missions, they take pride in serving their country in the United States Navy.

“Serving in the Navy means I have many opportunities to grow and learn,” added Brooks.