Ida B Wells Fund Expands to Include Filmmaking, Visual Arts and Creative Placemaking 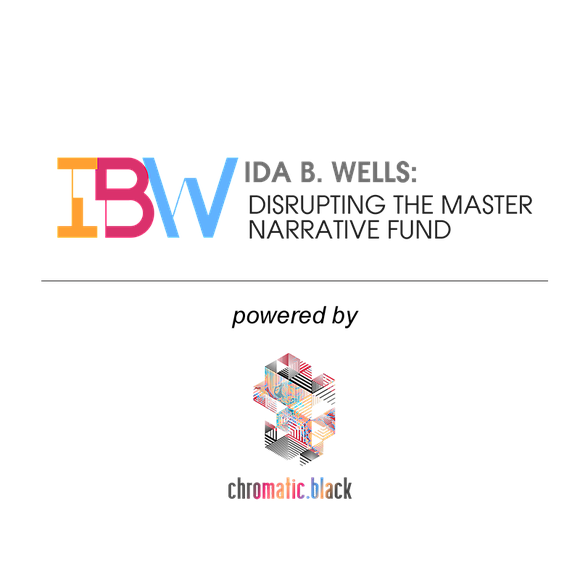 Ida B Wells Fund competition is open to storytellers whose original work explores the spirit of exploration and deepens our collective literacy. Here are key dates for the fund.

Ø The Creative Placemaking Fund will support four creative placemakers at $25,000. Creative placemaking making applications open on October 1. The deadline for submission is December 1. Winners will be announced on February 14th, 2022.

The Ida B. Wells Fund partners with artist - activists across a spectrum of creative disciplines. This year, the fund has two new developments – a new curatorial leadership of chromatic black™’s Artistic Director, Jessica Green and three categories—short-form filmmaking, creative placemaking and visual arts.

“We are equity architects. We are building cultural power by partnering with dope artists, creative teams and communities. For impact investors, we tie up the messy middle connecting folks to the next wave of Black smarts, creativity, vision, grit, and determination” says Angela Harmon, co-founder and an Emmy-nominated storyteller, filmmaker, and creative director chromatic black™.

The award recipients will be chosen by an interdisciplinary panel composed of expert curators, filmmakers, producers, other arts professionals, scholars and winners from last year in a thorough, multi-step review process.

In addition, the Ida B. Wells Fund will expand to visual arts and creative placemaking.

“Not only are artists producers of aesthetic objects and creators of experiences, they help to make places healthier, more equitable, and sustainable," said Artistic Director, Jessica Green. The expansion of the fund to include creative placemaking is an acknowledgment of creativity as a radical act of resistance."

Black placemaking is a reclamation of space rooted in remembrance. The fund acknowledges this praxis of remembrance, reclamation, and renewal as a creative act of resistance. The fund will partner with cultural bearers fortifying our participation in the public commons.

Visit the Ida B Wells Fund to apply and for additional updates.