Here's how to protect your money from a potential recession 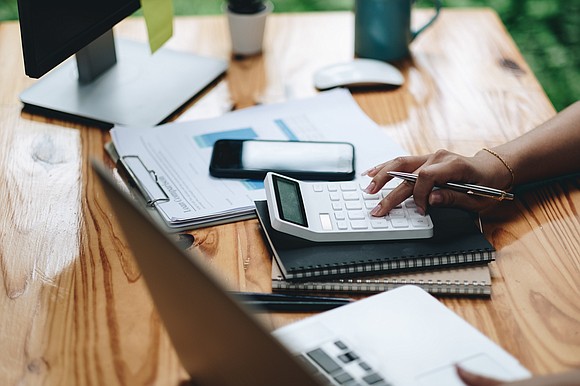 Whether or not the US economy falls into an official recession, there are still plenty of difficult financial and economic factors hitting investors and consumers. Mandatory Credit: NATEE MEEPIAN/Adobe Stock

(CNN) -- Whether or not the US economy falls into an official recession, there are still plenty of difficult financial and economic factors hitting investors and consumers.

Add to that stocks that are now in bear market territory, climbing interest rates and global economic troubles caused by Russia's invasion of Ukraine, and it's understandable why people may not be feeling great about the economy, despite a still-strong job market.

So if you're looking for ways to protect yourself financially, while also making the most of what you have, here are some options to consider.

Lock in a new job now

With low unemployment and plenty of job openings, it's still a job seeker's market. But if there's a recession, that could change quickly. In fact, we're already seeing some companies, especially in the mortgage business, announcing layoffs. So make hay while you can.

"If you are not working, or are looking for a better position, now would be a good time to take advantage of the very strong job market and lock in a position," said Florida-based certified financial planner Mari Adam.

To help in your search, here are some resume dos and don'ts to keep in mind.

Cash in on the housing boom

If you've been on the fence about selling your home, now might be the time to make the leap.

The housing market has been on a tear, with year-over-year home prices up nearly 15% in April and rents nearly 17% higher.

Meanwhile, mortgage rates are nearly three percentage points higher than they were a year ago, which makes buying a home much more expensive and that may dampen demand. "I would suggest that anyone planning to put their house on the market do so right away," said Adam.

If you're close to buying a home or refinancing one, lock in the lowest fixed rate available to you as soon as possible.

That said, "don't jump into a large purchase that isn't right for you just because interest rates might go up. Rushing into the purchase of a big-ticket item, like a house or car, that doesn't fit in your budget is a recipe for trouble, regardless of what interest rates do in the future," said Texas-based certified financial planner Lacy Rogers.

If you already have a variable rate home equity line of credit, and you used part of it to do a home improvement project, ask your lender if they would be willing to fix the rate on your outstanding balance, effectively creating a fixed-rate home equity loan, suggested Greg McBride, Bankrate.com's chief financial analyst.

If that's not possible, consider paying off that balance by taking out a HELOC with another lender at a lower promotional rate, McBride said.

Having liquid assets to cover you in emergencies or severe market downturns is always a good idea. But it's especially crucial when facing big events beyond your control -- including layoffs, which typically increase during recessions.

That means having enough money set aside in cash, money market funds or short-term fixed income instruments to cover several months of living expenses, emergencies or any big, anticipated expense (e.g., a down payment or college tuition).

This is also advisable if you are near or in retirement. In that case, you may want to set aside a year or more of living expenses that you would ordinarily pay for with withdrawals from your portfolio, said Rob Williams, managing director of financial planning, retirement income and wealth management at Charles Schwab. This should be the amount you would need to supplement your fixed income payments, such as Social Security or a private pension.

In addition, Williams suggests having two to four years in lower volatility investments like a short-term bond fund. That will help you ride out any market downturns and give your investments time to recover.

If you're carrying balances on your credit cards -- which typically have high variable interest rates -- consider transferring them to a zero-rate balance transfer card that locks in a zero rate for between 12 and 21 months, McBride suggested.

"That insulates you from rate hikes over the next year and a half, and it gives you a clear runway to pay off your debt once and for all," he said. "Less debt and more savings will enable you to better weather rising interest rates, and is especially valuable if the economy sours."

If you don't transfer to a zero-rate balance card, another option might be to get a relatively low fixed-rate personal loan.

In any case, the best advice is to make every effort to pay down your balances quickly.

Rebalance your portfolio if needed

It's easy to say you have a high tolerance for risk when stocks are soaring. But you have to be able to stomach the volatility that inevitably comes with investing over time.

So review your holdings to make sure they still align with your risk tolerance for a potentially rockier road ahead.

And while you're at it, rebalance your portfolio if after years of stock gains you find yourself overweight in any one area. For instance, if you're now too heavily weighted in growth stocks, Adam suggested maybe reallocating some money into slower-growing, dividend-paying value stocks through a mutual fund.

Also check to see that you have at least some exposure to bonds. While inflation has resulted in the worst quarterly return in high-quality bonds in 40 years, don't count them out.

"Should a recession result from the Fed's aggressive interest rate hikes to quell inflation, bonds are likely to do well. Recessions tend to be far kinder to high quality bonds than they are to stocks," Bennyhoff said.

Figure out what it means to you to 'lose' money

If you're keeping money in a savings account or CD, any interest you're earning is likely being outpaced by inflation. So while you preserve your principal, you lose buying power over time.

Then again, if it's more important to preserve principal over a year or two than risk losing any of it -- which could happen when you invest in stocks -- that inflation-based loss may be worth it to you because you're getting what Bennyhoff calls a "sleep-easy return."

But for longer-term goals, figure out how much you feel comfortable putting at some risk to get a greater return and prevent inflation from eating away at your savings and gains.

"Over time, you're better off and safer as a person if you can grow your wealth," Adam said.

Stay cool. Do your best. Then 'let go'

Rapid-fire news reports about higher gas and food prices or talk of a potential world war are unnerving. But don't trade on the news. Building financial security over time requires a cool, steady hand.

"Don't let your feelings about the economy or the markets sabotage your long-term growth. Stay invested, stay disciplined. History shows that what people -- or even experts -- think about the market is usually wrong. The best way to meet your long-term goals is just stay invested and stick to your allocation," Adam said.

During periods of crisis over the last century, stocks typically came back faster than anyone expected in the moment, and did well on average over time.

For example, since the financial crisis hit in 2008, the S&P 500 has returned 11% a year on average through 2021, according to data analyzed by First Trust Advisors. The worst year in that period was 2008, when stocks fell 38%. But in most of the years that followed, the index posted a gain. And four of its annual gains ranged between 23% and 30%.

"If you've built an appropriately diversified portfolio that matches your time horizon and risk tolerance, it's likely the recent market drop will be a mere blip in your long-term investing plan," Williams said.

Remember, too: It's impossible to make perfect choices since no one has perfect information.

"Collect your facts. Try to make the best decision based on those facts plus your individual goals and risk tolerance." Adam said. Then, she added, "Let go."