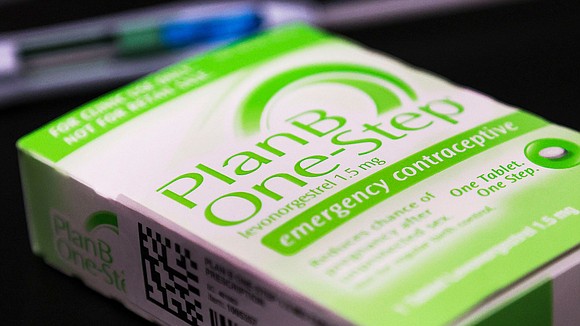 Amazon has a temporary quantity limit of 3 unites per week on emergency contraceptive pills, including Plan B, a representative for the company told CNN on Tuesday.

"Due to increased demand, at this time we are limiting purchases of Plan B contraceptive pills to three per customer," Alicja Wojczyk, senior manager of external communications for Rite Aid told CNN in an email.

On Monday, CVS told told CNN in an email that although CVS had "ample supply" of Plan B and Aftera -- two types of emergency contraception -- the company was limiting purchases to three per customer "to ensure equitable access and consistent supply on store shelves."

"Immediately following the Supreme Court decision, we saw a sharp increase in the sale of emergency contraceptives and implemented a temporary purchase limit to ensure equitable access," Matt Blanchette, Senior Manager of Retail Communications with CVS Pharmacy, told CNN in an email.

"Sales have since stabilized and we're in the process of removing the purchase limits, which will take effect in-store and on CVS.com over the next 24 hours," he said.

"We continue to have ample supply of emergency contraceptives to meet customer needs," Blanchette added.

Emergency contraception reduces the chance of pregnancy after unprotected sex, according to the American College of Obstetricians and Gynecologists. Common situations when it is used include after forgetting to take several birth control pills or when a condom breaks or falls off.

"Using (emergency contraception) does not cause an abortion. An abortion ends an existing pregnancy. EC prevents pregnancy from occurring. EC must be used soon after unprotected sexual intercourse to be effective. It does not work if pregnancy has already occurred," ACOG said.

Pills, such as Plan B and Aftera, are one type of emergency contraception. Some can be bought over the counter and others require a prescription.

Copper intrauterine devices, or IUDs, can also be used as emergency contraception if inserted within about five days of intercourse.