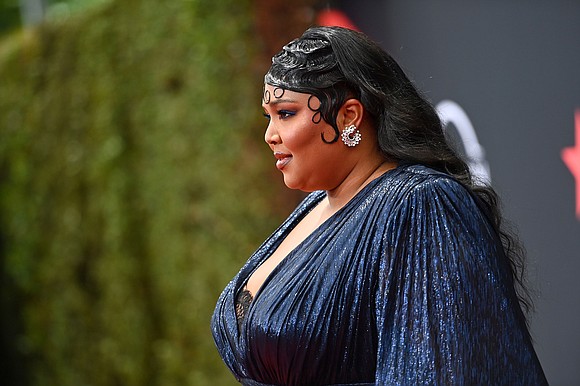 Lizzo told James Corden about how listening to "B'Day" helped her out of depression after dropping out of college. Mandatory Credit: Paras Griffin/Getty Images

(CNN) -- The Bey Hive has another celebrity among its ranks: Lizzo.

In a Monday appearance on the "The Late Late Show with James Corden," the "Good as Hell" singer called Beyoncé her "North Star" during a "Carpool Karaoke" segment.

Lizzo said she named her flute "Sasha Flute," a play on Beyoncé's alter ego, Sasha Fierce. She told Corden about the influence the icon, whom she has never met, has had on her.

"When I was shy or when I didn't think I was cool and when I was getting picked on, I would listen to Beyoncé in my bedroom and it would transport me," Lizzo said. "I would feel something. I would feel like my life is going to be better."

Beyoncé's music even helped her out of depression, she said, namely "B'Day," which she listened to on repeat after dropping out of college.

Though the two singers have yet to speak to each other, Lizzo wrote on Twitter, "I hope Beyoncé watches my carpool karaoke tonight."

Lizzo also spoke about her religious upbringing and how her family gets mad at her for posting photos of herself scantily dressed, as well as the origins of her viral TikTok dance to her latest hit, "About Damn Time."