No end to the worker shortage: America had 11.3 million jobs available in January 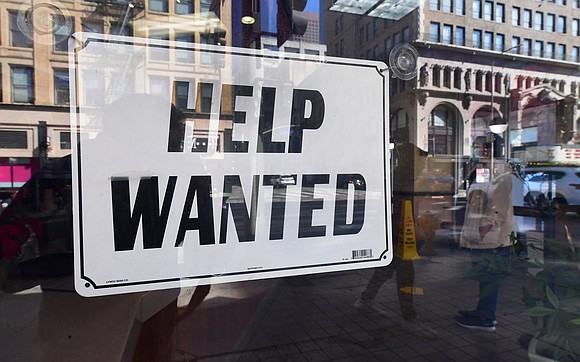 A 'help wanted' sign is posted in front of restaurant on February 4, 2022 in Los Angeles, California. America's worker shortage is far from over: In January, the nation had a record 11.3 million jobs to fill and not enough workers to do so, according to new data from the Bureau of Labor Statistics. Mandatory Credit: Frederick J. Brown/AFP/Getty Images

(CNN) -- America's worker shortage is far from over: In January, the nation had 11.3 million jobs to fill and not enough workers to do so, according to new data from the Bureau of Labor Statistics.

This exceeded economists' expectations but was a decrease from the revised December number, which was updated to be a new record high at 11.4 million. The previous peak for open positions was set at 11.1 million last July.

Despite the high level of available positions, job openings fell in several industries as infections from the Omicron variant of the coronavirus weighed on some businesses. Hotels, restaurants and bars recorded the biggest decrease in available positions, followed by transportation, warehouse, utilities and the federal government.

Professional and business services, education and transport and warehousing counted the most available job openings.

Meanwhile, the number of hires and quits were unchanged between December and January: 6.5 million workers were hired and 4.3 million workers quit their jobs at the start of the year, the Job Openings and Labor Turnover Survey showed Wednesday.

"The hires rate remains higher than the quits rate in every major industry. This indicates that when workers quit, they are taking other jobs -- likely in the same sector -- not dropping out of the labor force altogether," said Elise Gould, senior economist at the Economic Policy Institute, in a tweet.

Better pay, as people are trying to offset the higher prices everywhere from the grocery store to the gas pump, has been a big motivator for Americans to switch jobs.

Correction: A previous version of this story did not take into account the Bureau of Labor Statistics revisions to the December data. Following that revision, December job openings are the new record high.