Agility Bank Opens as First Minority Depository Institution in the U.S. Primarily Owned and Led by Women--But Serving All 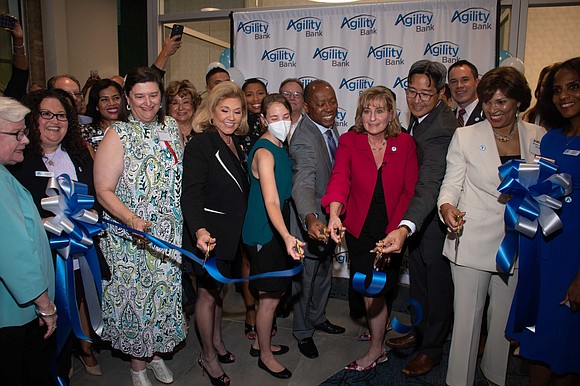 Agility Bank, N.A. announced that it has received all regulatory approvals to open as the first bank in the U.S. primarily owned and led by women under a special charter by the Office of the Comptroller of the Currency. Through this Minority Depository Institution (MDI) charter, Agility's focus will be on serving women and all small and mid-size businesses.


"This is a historic event for banking, our country, and Houston," said Lauren Sparks, founder. president and CEO of Agility. "Our goal from the beginning has been to promote financial parity for women, so they have better access to capital and can have a seat at the table in a world where differences are valued and celebrated." The bank opens Monday, May 23. 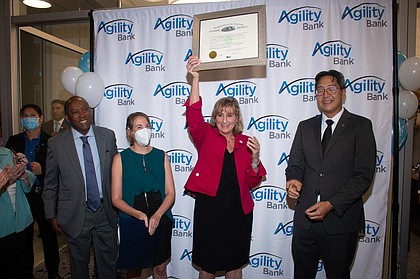 Sparks noted that nearly 97% of the businesses in the Houston region have fewer than 500 employees: "There are more than 200,000 small businesses in the Houston region today and that number is growing—many will be owned or started by women. Minority and women-owned businesses are growing at a rate faster than any other group. We are going to be there to support the growth, opportunities and success of these and all business owners."

Achieving the Minority Depository Institution charter enables Agility to work with other financial institutions and corporations to foster deeper economic growth. While there are currently about 4,400 banks in the U.S., there are only about 156 MDI banks that target underserved communities. Agility is the first established with the purpose of supporting women as well as all business owners of all small and mid-size companies.

To achieve MDI designation, a bank must have 51% minority ownership and board membership. Agility's board is 75% minority and 54% of its ownership is minority. In addition, over 85% of Agility's shareholders are Houstonians. Agility, which has a national charter and is insured by the Federal Deposit Insurance Corporation, has raised over $35 million in capital surpassing its regulatory requirement of $30 million to open.

Edna Meyer-Nelson, a founding Agility Bank board member and former banker, noted: "A group of women asked me in the 1980s to form a bank. Houston was just not ready. Today, it is. Our investors have said that it is time for a commercial community bank to focus on those small and mid-size companies who are growing our economy." Meyer-Nelson, who founded one the most successful woman-owned real estate development firms in Texas. added: "The interest in this bank speaks to the overwhelming desire for access to new avenues of capital and services for all companies intent on growing our economy."

In addition, Agility has built a technology "stack" that will move clients as close to a fintech experience as they desire or need. Explained Sparks: "When you start with a clean sheet of paper, you can truly put the business owner first. We have taken proven products and platforms and are using them in new and expanded ways. We clearly have built an eco-system around our clients where they will get the best of both worlds--savvy bankers powered with sophisticated technology."

For example, small businesses can apply through A2B Express and have an accelerated response, sometimes within hours. "The system automatically pulls in documentation and information necessary for a loan application saving the client significant time and resources," said Sparks, who previously formed a successful regulatory and compliance consulting business for community banks and began her career as a community banker.

She continued: "We have assembled platforms like these and others to provide efficient solutions that are just a click away to take business owners beyond simple banking. We are providing tools that I wish I had had as a small business owner. And while we are intent on ensuring that sophisticated digital capabilities work for our clients, our North Star will always be relationships. You can have both at Agility."

Cybersecurity and safety, as well as environmental green financial services, also drove the formation of Agility. For example, Agility is a .bank. Similar to .gov or .edu, this provides an added layer of oversight protection than is afforded by a .com which can be purchased by anyone. Clients also will have access to business continuity platforms to safely store documentation needed to recover quickly from natural disasters.


"Yes, we are a bank," said Sparks, "but we have built the community bank of the future, and we are positioned for the new shape of banking."