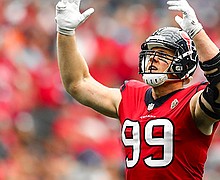 One phrase that never gets old throughout the city of Houston is, “Ten Toes Down.” Now I know some of you all are not familiar with it and others are reading this saying, “I have used that ever since I ...

Fresh off winning the 2020 NBA title, LeBron James has signed a contract extension with the Los Angeles Lakers worth a reported $85 million. 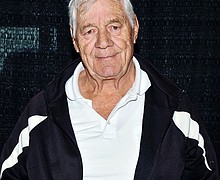 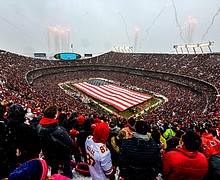 Don't expect full sports stadiums until at least the end of the summer, Dr. Fauci says

Sports stadiums without restrictions on how many fans can attend will be one of "the last things that you're gonna see" in the pandemic, Dr. Anthony Fauci told Yahoo Sports on Monday. 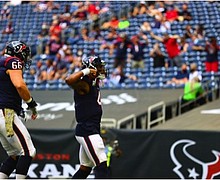 Watson Shines Bright Against The Patriots

Sometimes all you need in life is a little fresh air to help make things feel better. Well at least that is how the Houston Texans felt after they won their third game of the 2020 NFL season to improve ... 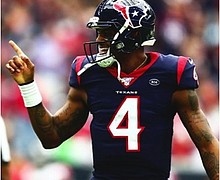 Houston Texans quarterback Deshaun Watson was named AFC Offensive Player of the Week by the NFL after Sunday’s victory of the New England Patriots. Watson has now earned his fifth Player of the Week award in his career which ranks ... 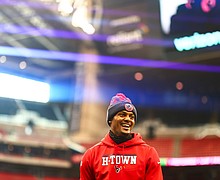 Houston Texans quarterback Deshaun Watson was named AFC Offensive Player of the Week by the NFL after Sunday’s victory of the New England Patriots. Watson has now earned his fifth Player of the Week award in his career which ranks ...

It is hard to get a true handle on what this Houston Texans team is supposed to be for the rest of the season. After winning their second game of the season against the Jacksonville Jaguars just a week earlier, ... 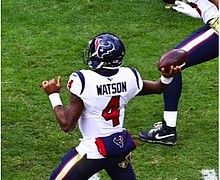 It’s almost becoming a cliché around the league and a statement that has been uttered numerous amounts of times on Houston sports radio and social media pages of Texans fans everywhere. 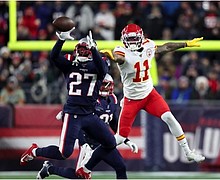 Texans success against the Patriots depends on watching the “Ball Hawk”

The Houston Texans and New England Patriots square off this Sunday at NRG Stadium in Houston, Texas in a game that could determine the fate of the 2020 NFL season for both franchises. With one more loss, the Texans would ... 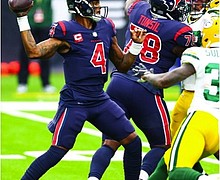 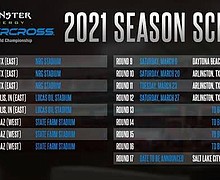 Feld Entertainment, Inc., today announced the schedule for the upcoming 2021 Monster Energy AMA Supercross, an FIM World Championship, season. Tickets go on sale in early December as Supercross fans are welcomed back into stadiums at reduced capacities. For the ...

Tributes from the winter sports community have been paid to German Olympic silver medalist bobsledder Richard Adjei who has died at the age of 37.

US Women's National Team stars on equal pay: To win that fight is bigger than World Cup victory

When you have the chance to sign two star soccer players from the US Women's National Team, who happen to be winners of the 2019 Women's World Cup in France, the decision would seem to be a no-brainer. 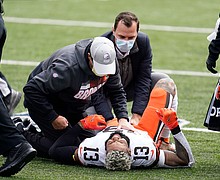 Artificially sweetened beverages may not be a heart-healthy alternative to sugary drinks, a new study found. Credit: Shutterstock

The injuries continue to pile up in the NFL. Cleveland Browns wide receiver Odell Beckham Jr. is the latest player who will be forced to sit out with a season-ending injury.