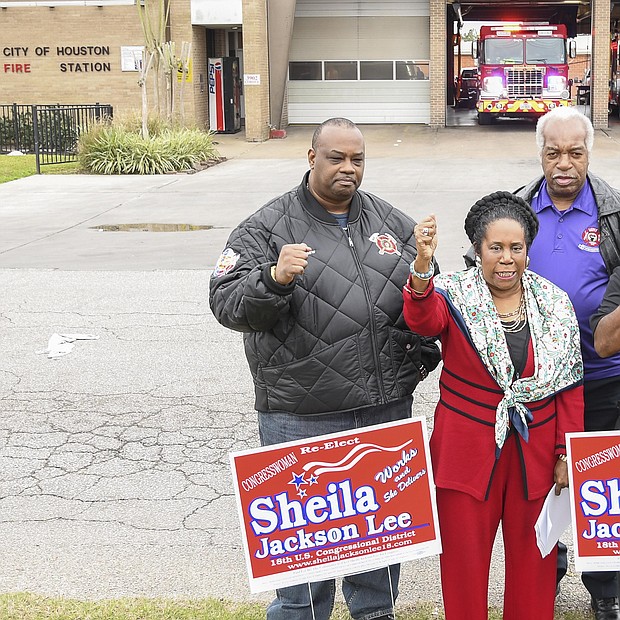 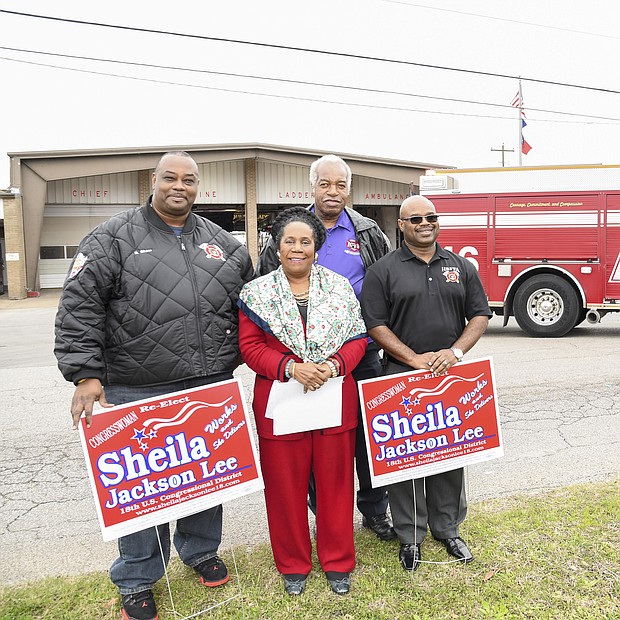 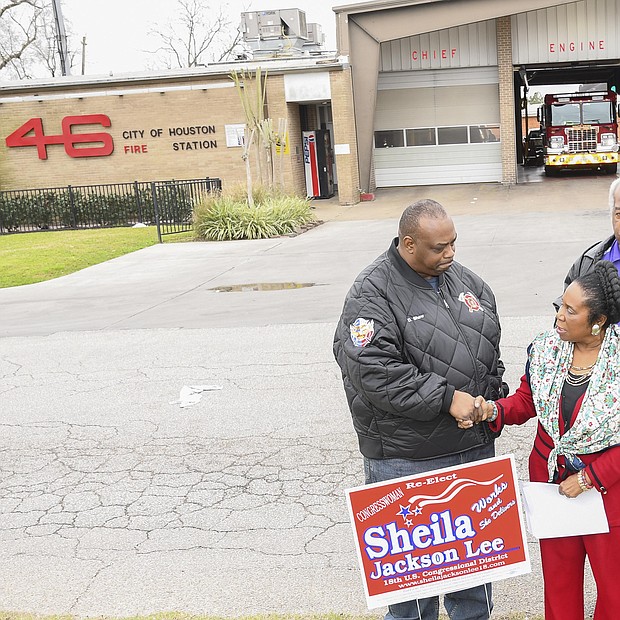 With the March 3rd Democratic Primary in less than two weeks, Congresswoman Sheila Jackson Lee, a representative for the historic 18th Congressional District of Texas, has received another major endorsement. The Houston Black Firefighters Association (HBFA) endorsed the senior Congresswoman on yesterday in front of Fire Station #48. Congresswoman Jackson Lee is a senior member of the Judiciary and Homeland Security Committees and continues to be a champion for all firefighters during her tenure while assisting to provide much needed benefits. She recently supported and voted for H.R. 1327, the James Zadroga 9/11 Health and Compensation Act, which successfully passed Congress last year. The historic bill allows needed funding for firefighters through 2091, who were victims of the September 11, 2001, terrorist act. Delance Shaw, president of the HBFA said, “We are proud to continue to support Congresswoman Sheila Jackson Lee for her tireless efforts and support for our organization and membership. She is truly a champion of the people and we support her re-election to the 18th Congressional District seat.” The Congresswoman’s mantra continues to be, “We should never forget our heroes and first responders who serve us each and every day.”