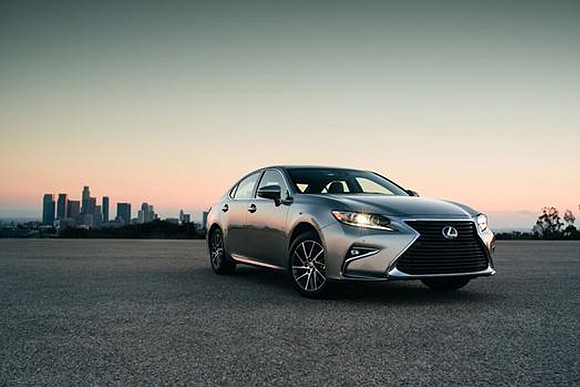 DETROIT – The Lexus ES 350 is a sleeper sedan. It is the kind of car that is just outside of the young active demographic that you see targeted in automobile commercials of all stripes. Yet the ES is important, it has a following and it is aimed at a mature driver, not old, who is stable and doesn’t spend money unwisely.

Lexus restyled the almost full-size sedan for the 2015 model year and it continues to tweak the automobile. For 2017, the car has been given a bolder rendition of the spindle grille. The LED headlights were standard and it had upgraded interior finishes.

The ES got the one-piece version of the spindle grille framed by chrome trim. There was a redesigned front fascia that put the fog lights at the corners and accentuated an already wide stance. From the rear, L-themed taillights and new chrome-tipped exhausts looked through a redesigned rear fascia. Freshening also included available (read optional) 17-inch wheels.

All that is straight out of the press kit and it sounds good. What’s more, it is true. But let’s talk some specifics.

Its six-speed automatic transmission was smooth. Knowing the customers for this car, there were no paddle shifters, although the gears could be shifted manually with the gear selector in the center console.

A MacPherson strut-type independent suspension fore and aft gave the ES 350 a feathery ride without feeling floaty. There was also ride mode settings of eco, normal and sport. For a while, the car was in eco mode and then we set it in normal mode and forgot about it.

That’s what you want in a sedan of this grade. Reliability and steadiness without a lot of fanfare. And that is what we experienced during our week-long test drive.

The Lexus ES was a comfortable car. But it was also a car without a lot of extras. There was no blind side alert, lane departure warning, no intelligent high beams, etc. But there was still plenty of stuff.

The car had a premium audio system, 10-way power driver and front passenger seats, a moonroof, heated side view mirrors, a smart key and rear view camera. And it felt good just sitting in the 2017 ES 350.

About the only thing we could complain about was the audio system. We thought changing radio stations was too involved to the point of distraction from the road. Changing radio stations should be intuitive; that escaped us with this car. Still, as a colleague often says, the Lexus ES 350 was a good ride.