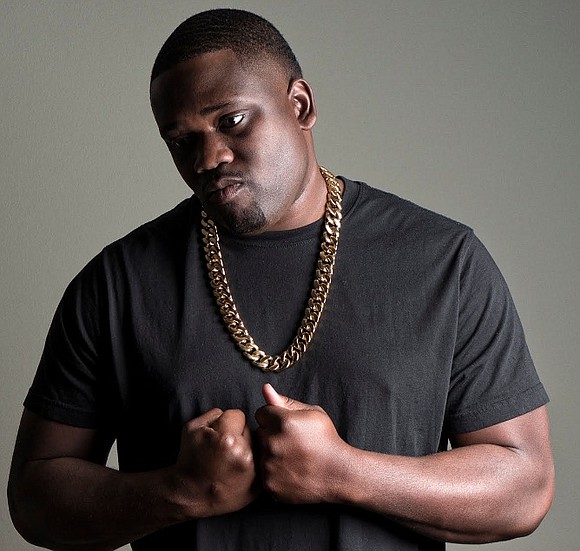 James Lomax, stage name B.I.G Lo Da Artist is a rising Hip-Hop star hailing from Longview, TX, a charming East Texas city known for it’s Blues legacy and having some of the best barbecue in the states. B.I.G Lo first started seeing success when he dropped his EP entitled Eliminate da Box (2016). The unsigned artist recently dropped his freshman album entitled My World on My Shoulders under the Longview Connect Label. B.I.G Lo’s 10 song studio project features a few acts you may know of such as R&B singer and songwriter Tiffany Evans (“Promise Ring”), Bishop3rd000, Ryshon Jones, Iyanswer and Trell Da Trill. The visual for the single “Go On” featuring Sammie is the first official video from My World on My Shoulders.

I was a able to catch snippets of “Go On” as it was filmed by Creative Jay in Atlanta, GA for Style. The video has a guest future of Ms. Tiffany Evans who is featured on “Try Again” (My World on My Shoulders). There was a cameo of another album featured artist in the video, Bishop3rd000 and of course R&B singer sensation, Sammie. The video took place in Buckhead-Lenox Square area and at a local park.

Point. Blank. This song jams and reminds me of the early 2000s, when Hip-Hop blended with ballads made you feel the music soul deep.

“You can’t be playing with a man’s emotions, a man only gives his heart maybe twice up in a lifetime... so we choose it wisely..”

The chorus will get you every time you hear it; smooth and real. “Go On” is pushing to almost 60,000 views.

B.I.G Lo has plans to drop his second visual “Pass Da Mic” ft. Bishop3rd000 which is currently set be filmed at the turn of a new year, make sure you stay tuned.

We can definitely expect big things to forth-come in Lo’s future, he has already been offered 3 distribution deals but he is pro-independent and plans to keep assets and creativity in-house at 100%.

Be sure to follow B.I.G Lo Da Artist on Social Media: