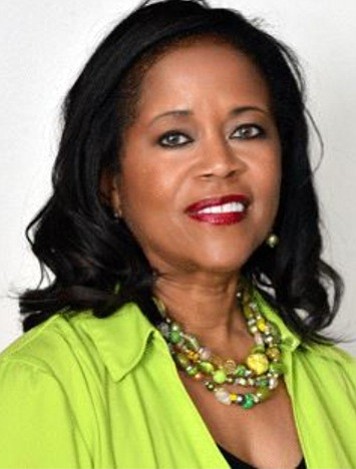 As a native Houstonian Adrienne Bell always knew she wanted to give back to her community and has devoted her life to making strides to doing so. As an education and health advocate, Bell hopes to use this platform to bring awareness and get the conversation going on these two major topics while representing the Democratic party as she joins the race for U.S Congress TX-14.

My campaign speaks on the issues that relates to the people, healthcare, fully funded education. Raising minimum wage where people can actually live on their salary. Our campaign focuses on what the people needs and their issues so at the end of the day they can take care of their family,” said Bell.

So that people are able to have a platform for their families to succeed she has a plan for a $100 Billion grant for new investments that can help create more jobs in the district while building new industries and rebuilding infrastructure.

Growing up believing in the American dream she has made sure to make it happen. With raising two kids and as a graduate of Our Lady of The Lake University and Houston Baptist University, and a current EdD candidate at Texas Southern University, she has proven that a woman can have it all and vows to fight for women’s rights in more ways than one.

“I am for a woman’s right to choose what she does with her body and aim to make sure her voice is heard,” said Bell.

With everything going on in today’s government Bell knew she wanted to be a part of change. We have so much going on whether it is assaults against women’s rights, gay rights, or people of color and she wants to be a voice for the people who feel they do not have a voice. When asked what else she would like to accomplish with her campaign and if elected she expressed that she believes healthcare is a human right and plans to enforce a Medicare for All plan which will fight against the loss of protection for pre-existing conditions and cover mental illness.

Bell is also a big advocate for education. She is a second grade teacher in the largest school district in Texas and wants to fight for quality education for all. Currently most districts spend so much time teaching to one standardized test that the progress of the students overall learning gets lost in the crossfire which is why a goal for Bell would be to get rid of standardized testing all together. Funding for early childhood education has also been cut in Texas and she hopes to change that by making it a requirement.

Adrienne Bell hopes to improve healthcare, create jobs, and enforce quality education while being a voice for the people who may feel they do not have a voice and hopes to become your Representative.

Early voting begins February 20th, you can register to vote at www.votetexas.gov.