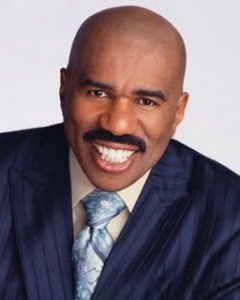 RadarOnline.com reports that Steve Harvey is heading to court in just days over accusations he went on racist rants against white people, among other disturbing statements. According to a number of new court documents filed by Joseph Cooper, the plaintiff in the case, Harvey must appear before a judge on Jan. 23 in a Northern District of Texas Federal Court. Cooper is suing his former boss claiming he recorded him going on hateful diatribes on a number of occasions. After Cooper’s legal claims, Harvey fired back with his own lawsuit, insisting the Dallas man was trying to extort him for $5 million with the potentially damaging recordings.