Lowering Your Standards Won’t Get You Your Dream Relationship; Setting New Standards Might 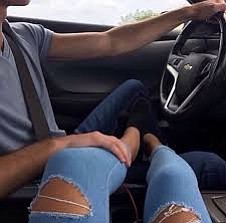 I don’t care if it’s a special, a documentary, or a book, relationship conversations will always sell because no matter how great our life is, it’s ten times greater with the love of someone else. I’ve taken a step back from writing these types of articles in the past year because I realized that most of the conversations we have about relationships come from a perfect place, an ideal place or a place of hurt.

When a man tells a woman that she should lower her standards, what he’s really saying is, “Why worry if you’re happy or attracted to your man, just be happy you have one.” Notice we don’t ever ask men to do the same. A guy can be 5’4, have a mediocre job and have a receding hairline and no one tells him that he should lower his standards when he wants a Rhianna look-alike that has a good job, is a gourmet chef, and loves sex. We expect women to settle for the bare minimum and when they don’t we tell them to shut up, stop complaining, and accept the date offer from that weird guy with the body odor.

There’s no need to lower your standards whether you’re a man looking for a beauty queen or a woman looking for a knight in shining armor. What you should do though is set new standards that exceed your old ones. Life is too short to look back and realize you’ve reached another milestone and didn’t have someone to celebrate it with.

I’ve seen men have the perfect woman, someone that is everything they’ve ever wanted and they walked away because she wasn’t “perfect.” They walked away because she texted too much or wanted too many hugs. I’ve seen women not even give men a chance because he didn’t talk enough on the first date or lived at home with his parents. I’m not saying accept any and everything but I am saying, raise your standards, raise them by looking pass things you checked off on your list and have an actual conversation.

You would be surprised what you learn by allowing someone to open up. As much as we want a finished product, not everyone will be and you don’t have to accept that but at least open the door. You may want a woman that’s a size 4 so you close the door on a woman that’s bigger than that not knowing she was a size 4 two years ago. Stress, work, depression; that caused her to gain weight and once she gained the weight she lost some confidence. Getting to know her, getting to know that story, that is raising your standards. Not lowering them. You aren’t trying to change her, you’re giving her the love and confidence she lost and she’s just becoming who she always was.

Men can be devastated by divorce or parents dying or losing a job that was his identity. Asking you for a phone number or out on a date may have been the hardest thing in the world for him but he did it. Having a cup of coffee with a man doesn’t mean you’re accepting a marriage proposal or accepting that he’s not where you’d like him to be in life. But you won’t know any of that without a conversation, without raising your standards.

I haven’t written an actual novel in four years. A part of me told myself I was perfecting my craft or learning to be a better writer. Maybe that’s true but it can’t be a coincidence that the motivation and encouragement of a woman has me putting out two books in the first couple months of 2017. There’s no doubt that you can be an incredibly dope single and there’s no doubt that you shouldn’t hold out for what you want. Just remember, putting down your checklist and actually getting to know someone may unlock potential you never knew existed.