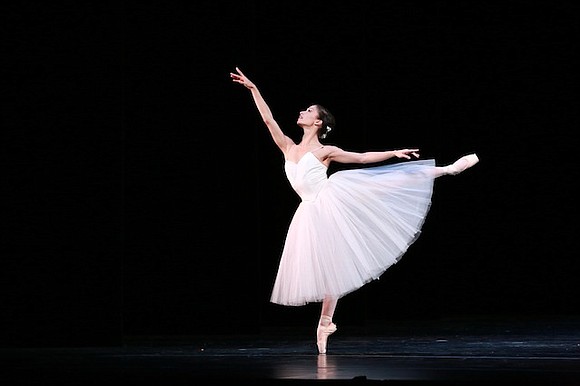 Not all accidents are mistakes. Some can lead to life-changing outcomes. Ask Houston Ballet’s first Hispanic principal dancer Karina Gonzalez. While tagging along with her mother and older sister to a folk dancing class her mother was given wrong directions. Instead of her sister going to folk dancing class, both girls ending auditioning for a ballet class at the Gustavo Franklin Ballet School in Caracas, Venezuela. As things turned out, Gonzalez was accepted into the school and her sister was not. “I think it was just destiny that sent me to be there,” said Gonzalez who started taking ballet when she was seven-years-old. From that moment on, Gonzalez’s life was consumed with all things related to ballet. It was an instant love affair and so began her life on pointe.

She stayed at Franklin Ballet School until her graduation at sixteen-years-old and then she began her professional dancing career. Becoming skillful at technique and performance, Gonzalez was soon offered a contract to dance in America. Moving to America twelve years ago, she joined the Houston Ballet in 2010 and was promoted to principal dancer in 2013. She has been with the company for twelve years performing principal in such productions as Ben Stevenson's Romeo and Juliet; Andre Prokovsy's The Great Gatsby; John Cranko's The Taming of the Shrews; Ai-Gul Gaisina's staging of Giselle; George Balanchine's Emeralds; Sir Kenneth McMillan's Elite Syncopations; Nacho Duato's Por vos Muero; Jiří Kylián's Forgotten Land; Twyla Tharp's Nine Sinatra Songs and many others. Ballets that have a great storyline are among her favorites to perform because she gets to portray a character. This is why she credits ballets like Romeo & Juliet, Swan Lake, and Sleeping Beauty as some that she is most fond of performing.

Following her heart fueled by her passion for ballet has afforded Gonzalez a life that she could never have imagined. She continues to be surprised by her success; a sentiment that is shared by her family back in Venezuela. Smiling Gonzalez spoke about how her entire family has supported her since day one. She is so grateful that because of her accomplishments she is able to send them money, food, and clothes whenever she can. Technology has allowed her to stay close with them and she makes sure to visit home at least once a year, especially during the holidays. She described leaving her home country to pursue her dreams as one of the most difficult decisions she has had to make. 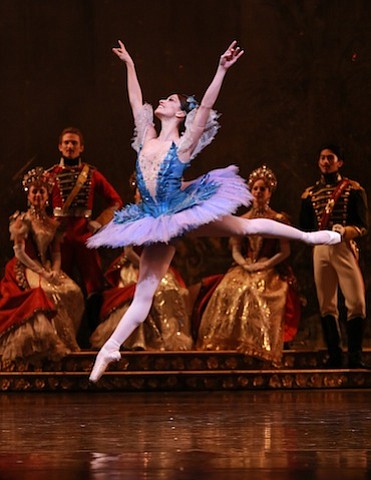 Dancing keeps Gonzalez pretty busy but her time is also occupied with her school schedule. Yes, she working towards a Bachelor of Science degree. With the help of her husband who is a dancer who went back-to-school himself to pursue a physical therapist career, Gonzalez thought it would be good to look at life after ballet. Recognizing that her body won’t allow her to dance professional forever, she said she needs a career to fall back on. On her list of options is a career as a teacher or maybe opening a school, the possibilities are wide open as Gonzalez is still unsure as to what she wants to do.

And soon Gonzalez will add another responsibility to her plate, that of mommy. She is overjoyed at the fact that she is 4-1/2 months pregnant and soon she and husband will be the proud parents of a baby girl.

When you do what you love to do life can be beautiful. Gonzalez has crafted one amazing beautiful life that continues to leave her stunned. She will continue to hone on her passion as she says a dancer should never stop learning. “Do your best and be better than you were the day before,” she advises. Each morning she wakes up with the goal of perfecting her skills and technique in dancing and acting. Gonzalez added, “It is fun and a beautiful career but it takes a lot of discipline and determination to get where you want to get.” Once you have mastered that skill set then you too can be like Gonzalez and live a life on pointe.

Houston Style Magazine recognizes Karina Gonzalez as a trailblazer and role model for her community during Hispanic Heritage Month.