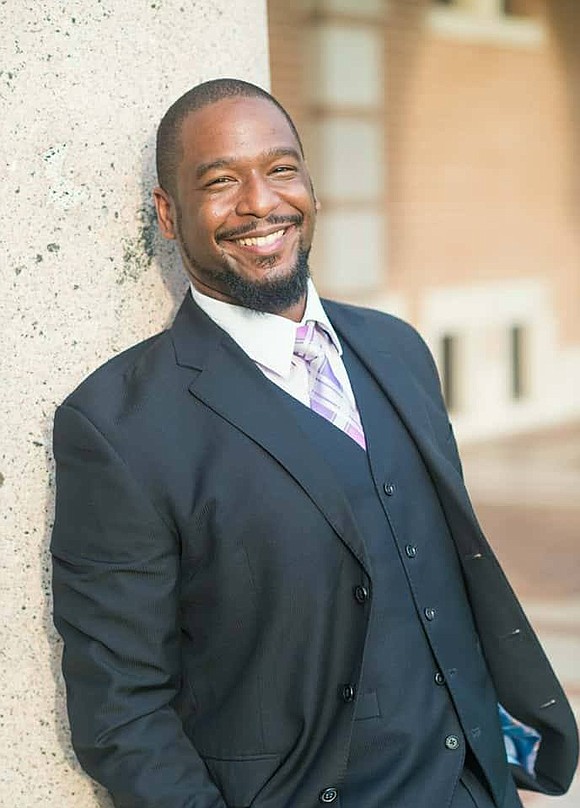 At this very moment on Twitter or Facebook, there is a thread of people debating on who should run for President in 2020. They’re going to list the names of celebrities, billionaire donors, and countless other people that have never worked in the political or judicial world.

As flashy as those conversations may be, real change and policy start in our local governments. Nowhere is this truer than in a courtroom where a judge has the power to throw out cases, evidence, raise or lower bails, and countless other powers.

With the newly renovated Emancipation Park in the heart of 3rd Ward in Houston, TX as the backdrop to what would be a very enlightening interview, I sat down with a man that wants nothing more than to fulfill the legacy of those that came before him. A legacy of making a change in a time that many are calling the most volatile political climate in our history. Meet Brennen Dunn, candidate for Harris County, 185th District Court.

Down the street from where Brennen graduated college at Thurgood Marshall School of Law, I asked one simple question, “Who is Brennen Dunn?” I was intrigued by his answer.

Dunn is an advocate and trial lawyer who isn’t afraid of the system or going to trial if he believes his client is innocent and he doesn’t mind saying so. Most of our initial conversation was about bail hearings and how inherently unfair they are, especially to those of color. He cites case after case in which innocent men and women were held behind bars simply because they couldn’t afford to get out and the ones that did get out were often times in debt to bail bondsmen.

One thing is clear from the beginning; Dunn talks very little about himself. No mentioning of his accolades or accomplishments. No mention of degrees. The only thing that gets him really talking surround the topics of the law and what’s right and wrong about it. Even when I ask him to give me an example of a case that defines him, he struggles with the question. Looking through his phone and even calling his mentor he starts to name case after case. He finally settles on one in which he helped get a man that was facing capital murder charges and life in prison, a lesser sentence where he would have a chance to get out one day.

I can tell this is a point of pride for him as a trial lawyer but what I wanted was a case that involves someone who was completely innocent. A case the everyday citizen could relate to. A case that would help me understands his character and why citizens should vote for him.

Smiling and realizing what I was asking he tells me he has the perfect example of what I’m looking for. And so his story begins. He starts with a woman driving and she sees the police officer’s lights behind her. She’s on the tollway and there’s no shoulder so she slows down, puts her arm out the window in a manner letting the officer know she sees him, and she drives until she finds a safe place to stop. It’s nighttime so she wants to be safe, which is understandable. The police officer is irate that she didn’t stop. When she finally stops and the officer approaches her vehicle, he does so guarded. Although the woman has not done anything to indicate violent behavior, the officer appears at her vehicle with his hand on his gun yelling at the woman. Now feeling threaten and angry herself, the woman gives a natural defensive response. Sadly, this scenario plays out a lot on streets and highways all across America. Thanks to technology the innocent now have a tool working for their defense. – dashboard cameras. This makes it easier for the truth to be known and rulings don’t have to be decided on he said/she said stories that are the party’s own, sometimes slighted, version of the truth. The entire above ordeal was recorded on the officer’s dashboard camera.

As the woman tells her horrific tale to Dunn, she is honest from the beginning and he can tell. She admits to Dunn that she was speeding and deserved the speeding ticket but that was all she was guilty of. She also says that part of her anger stemmed from the fact that she’s a teacher and can’t afford anything on her record. Over the course of the investigation, Dunn gets the footage and statements and they all show the woman did nothing wrong outside of speeding. He also gets the officer to admit that he lost his temper and overreacted.

At this point, he expects the judge to throw the case out but he doesn’t. He expects the District Attorney to drop the case but that doesn’t happen either. Instead, they offer the woman a misdemeanor, which Dunn is quick to point out, would still be on her record. “Why would she take any type of charge when all the evidence says she did nothing wrong? The reason they even offered it is because there are ‘plea lawyers’ out there that will get their clients to accept anything that means no jail time,” remarked Dunn. He’s adamant that he’s willing to go to trial. A trial in which he won easily but it still cost this woman money, time and pieces of her reputation, and sanity.

That’s when I understood it. That’s when I saw what he saw. A system that is broken and he’s been on the frontlines fighting to fix it. Now he wants to try and fix it from the inside. I’m a journalist, I don’t create the story, I tell the story. From my conversation with Brennen Dunn, I believe him. He is the kind a man with a fierce passion to make changes on the local level that could sweep the country. Small changes lead to major ones and Dunn is the one to make that real change possible.