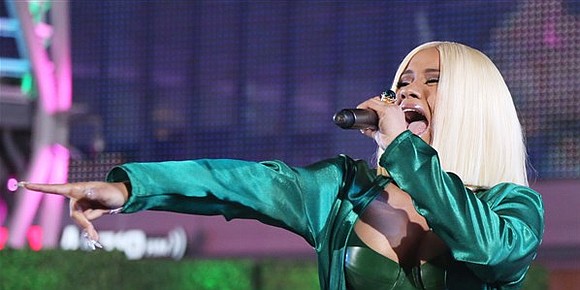 Her single reached the No. 1 spot on the Billboard music charts, making Cardi B the first solo rapper of Dominican descent to achieve this level of success. And now, she’s debuting at this year’s Grammy Awards with two nominations.

Cardi B first gained popularity as a social media influencer on Instagram a few years ago. Her unapologetic personality, outspokenness and catchphrases earned her millions of followers. Fans quickly started to recognize Cardi for her Dominican-New York accent and silly expressions like ”washpoppin” and “shhmoney.”

“Cardi B's story is that of, not only Dominicans, but Latinas here in NYC,” said Haile Rivera, founder of Hands On New York Inc., a nonprofit organization that seeks to empower Dominican-American professionals. “Cardi B found the courage within herself and pursued her dreams. That's a story that our Latinas, especially our Dominican young girls, need to know.”