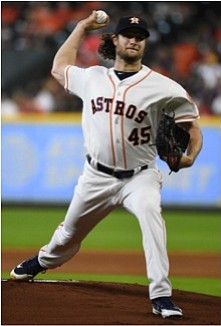 Houston -- Gerrit Cole (10-2) made a resounding return from the bereavement list going 5 2/3 innings and only allowing 1 earned run in the Astros victory over the Detroit Tigers (9-1). The 2018 AL All-Star struck out 8 batters to bring his franchise leading total to 177 before the All-Star break.

“Unfortunately, I have been through this earlier in the year. It was tough to keep the emotions in check at times trying to control things that are out of my control,” said Cole when asked how hard it was to pitch today after experiencing grief.

The Astros gave Cole some much needed run support today, scoring 7 runs before he was removed to a standing ovation of over 40,000 in attendance. OF Josh Reddick and C Evan Gattis hit back to back homers in the 5th inning to give Houston a commanding lead.

“I was happy to just to have some RBI’s today because Yuli (Astros 1st baseman) usually takes them from me,” Reddick said as he addressed the media after the victory.

3B Alex Bregman continued his torrid run through the first half of the MLB season by scoring 2 runs and 1 RBI in the Astros blowout win. He has also reached base safely in 21 straight games. 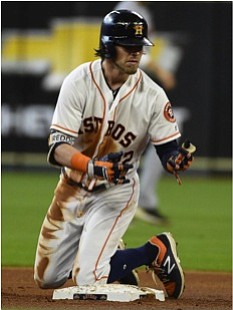 If being Major League Baseball top vote getter (4,849,630) for the 2018 All-Star game wasn’t enough. Astros 2B Jose Altuve, extended his hitting streak to 11 games and has hit safely in 22 straight starts at Minute Maid Park. The reigning AL MVP is 1 hit shy of setting a franchise record for hits (130) before the All-Star break. 1B Yuli Gurriel also extended his hitting streak to 11 games when he doubled in the 3rd inning.

Today’s victory brings the Astros record to 7-3 on this current 11-game homestand and they are 27-9 in their last 36 games. RHP Justin Verlander takes the mound tomorrow looking to join fellow starters Cole, Charlie Morton, and Lance McCullers Jr. in the 10-win club.