Growing the Dollar in Black Businesses 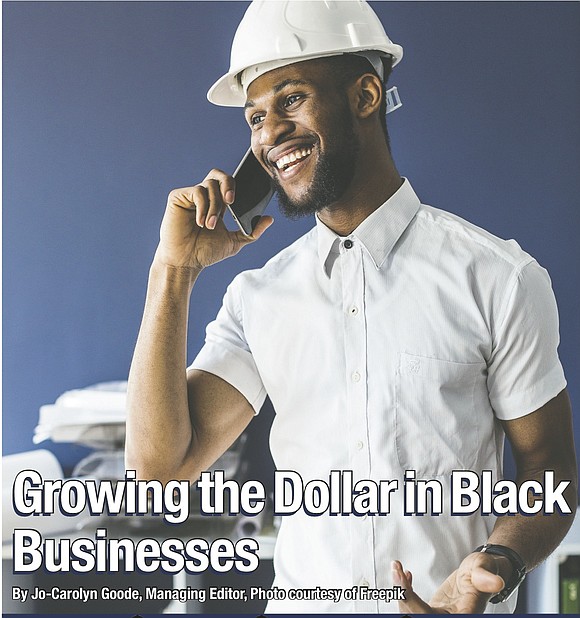 Fifteen years ago Frederick E. Jordan and John William Templeton were just two Black businessmen living the American dream. Jordan operated an engineering and construction management company, F.E. Jordan Associates Inc., while Templeton was president and executive editor of eAccess Corp. a scholarly publishing company. Like most in business for themselves, the men had their share of challenges with major factors being limited resources, inadequate income, and lack of respect as men in business. Their climb to the top was no easy feat. “It’s very difficult for Black businesses to survive,” said Jordan in an interview with Black Enterprise Magazine. “Their obstacles are enormous.”

Jordan knew if he was struggling others were struggling to make it as well and he wanted to do something about. In 2004, he approached Templeton with an idea to bring light to the trials of black entrepreneurs with the creation of National Black Business Month in August. More than just a month to concentrate on supporting Black-owned businesses financially through consumer spending, National Black Business Month is about creating a more nurturing and inviting environment for Black businesses to flourish. If Black businesses can grow, unemployment will decline, household incomes will increase, the economy will rise, legislation will change, and so on. It would be a win all the way around.

It starts with getting government officials, community leaders, and venture capitalists to recognize the power of the Black dollar and the Black business. Reports indicate there are more than two million Black-owned businesses. Of that two million, Texas is the fourth state with the highest percentage of them. According to the Bureau of Business Research at the University of Texas at Austin, ten years ago the average Black-owned businesses had $60,000 in sales, while the average Texas business had $1.2 million in sales. Gaps in income like this hurt the Black business community and the business company in general.

Also hurting Black businesses is the circulation of the dollar. Say someone does support a Black business, putting money into the community. That same dollar that left the hand of the consumer into the palm of the Black business owner will only stay in the community for approximately six hours according to multiple sources. Compare that to the Asian community where a dollar circulates for up to 28 days. How is that improved? Concentrate on buying Black. Look at the industries of the businesses you frequent and see if there is a Black business that can meet your needs. The answer is that there are plenty. And don’t just go to the Black business one time. If you are a satisfied customer, by all means, make the business your new favorite spot. According to the Huffington Post, if Black consumers spent at least $1 out of every $10 with Black-owned businesses, it would generate one million jobs for African Americans.

Now, Black business owners, if consumers are seeking you out in this manner, you have to come correct producing a quality product for a fair price. Missing the mark not only hurts the particular Black business but Black entrepreneurs all over. People tend to lump Black businesses of the same industry together when a bad experience is had and may boycott them all. Don’t do that. Consumers must also Black businesses a fighting chance. That one business might have given you bad service but the next probably won’t. Give all Black business owners a fair chance to gain your business without prejudice.

The African proverb ‘It Takes a Village” is not just reserve for raising children. It truly takes a village to be successful in all aspects of life, especially business. We are the villages of black business owners worldwide. Black entrepreneurs need to utilize their village to conquer their obstacles in business to thrive not just for another day but also for years to come.