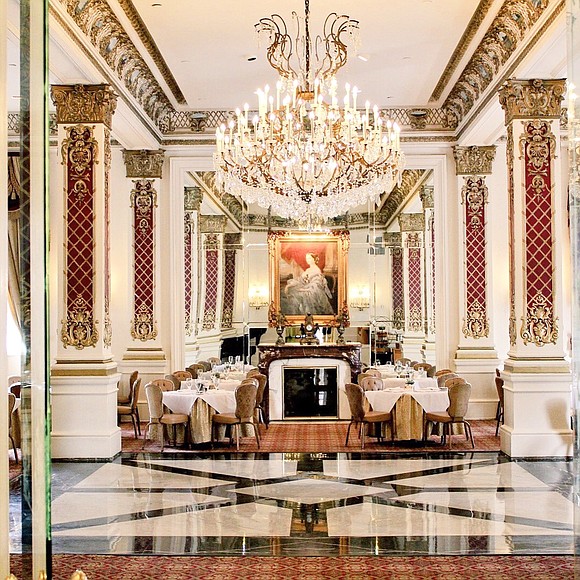 Not many hotels will offer you a peanut butter and jelly sandwich late at night as a treat; Le Pavillon is not like most hotels. Nicknamed the “Belle of New Orleans,” Le Pavillon is located just minutes away from the French Quarter in the Central District of New Orleans, LA. With 226 guestrooms and seven themed suites, the hotel is luxury on a very grand scale. Growing up in Southern Louisiana and spending a lot of time in New Orleans, I would drive down Poydras Street and always stare at the façade of Le Pavillon with its over the top luxury and French/European inspired design. Once I received word that I was going to experience this one of kind icon, I knew I would be in for a real treat. Come along on as I dive into the history of this luxurious property. 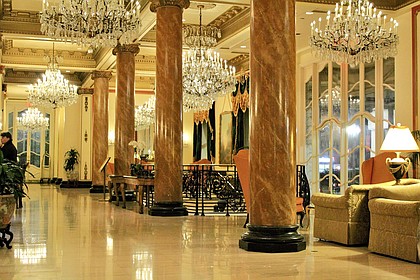 Dating back to 1905, the 10-story Le Pavillon Hotel located on Poydras at Baronne in thriving city of New Orleans still has its original construction. The hotel was then became known as the new Hotel Denechaud until 1913 when new owners renamed it the DeSoto Hotel. During its time as the DeSoto, the hotel quickly became well known for its luxury finishing and being the only building in New Orleans offering a hydraulic elevator. The penthouse suite was the original home of the first radio station in the city, WDSU, from 1928-1948. New owners acquired the hotel in the early 1970s and renamed the hotel Le Pavillon. The French name seemed befitting, as the land was purchased from France more than 200 years ago from Jean Bienville, founder of New Orleans.

A few things that immediately stood out upon arrival were the massive exterior columns and oversized sculptures. The 11 glistening lobby crystal chandeliers were purchased in Czechoslovakia and the various paintings and furnishings such as the marble railings came from the lobby of the Grand Hotel in Paris. The details undoubtedly define the historic Le Pavillon Hotel’s roots; however, with its newly updated rooms and more renovations coming soon, the hotel is firmly rooted in the 21st century. 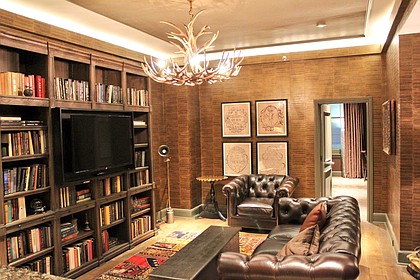 Whether it’s an overnight stay or you are a bride preparing to walk down the aisle, there is a hotel room for everyone at Le Pavillon. The hotel is placed on the National Register of Historic Places and besides the over the top décor, the rooms live up to those standards as well. Lets start with the single and double bedrooms. The Le Pavillon Hotel recently introduced newly designed suites and rooms paying homage to the rich history and cultural heritage of the Big Easy. The single and double bedrooms boast tons of living space that makes it easy to move around and leaves an impression with guests. Completely different from the old style of the guestrooms, this renovation sheds light on where the future of the property is heading. 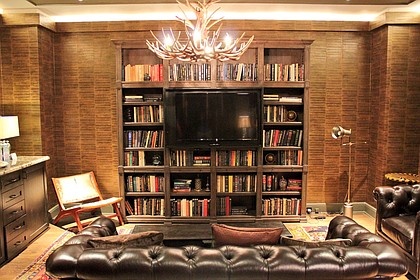 I was lucky enough to stay in the Bourbon St. Suite located on the 5th floor. Inspired by the infamous Bourbon Street, the Bourbon St. Suite greets guests with chocolate leather furnishings and walls and hand scraped wood floors. The sitting area features tufted seating, a grand molded antler chandelier, and gentlemen’s portraits. A king size leather bed stands prominently in each of the two bedrooms, complemented by oil paintings of foxhounds and world maps.