11 reasons (besides the NCAA Final Four) to visit San Antonio 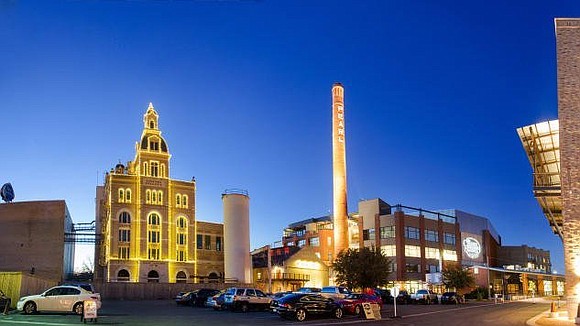 The old Pearl Brewery was transformed into a lively mixed-use neighborhood a decade ago./ Nick Simonite/Visit San Antonio

(CNN) -- Deep in the heart of Texas is a place where hoops trump football as the leading local sport -- the city of San Antonio -- home to the NBA Spurs and this year's Final Four of NCAA college basketball.

Not a lot of people outside of south Texas know it, but San Antonio is a destination that boasts some of the nation's best basketball traditions.

"Along with fresh tortillas, barbacoa with big red and conjunto music, honking after Spurs games is one of the traditions that we consider Puro San Anto -- Pure San Antonio," says Sarah Zenaida Gould, a curator at the city's Institute of Texan Cultures.

San Antonio has another huge reason to celebrate this year -- 2018 marks the 300th anniversary of the city's founding by Spanish padres.

Although the Alamo is renowned for the 1836 battle that featured larger-than-life figures such as Davy Crockett, Jim Bowie and Gen. Santa Anna, it's also the city's oldest structure, erected in 1718 as the first of the Spanish colonial outposts in the San Antonio area.

In addition to the Final Four, all kinds of exhibitions, festivals and other events are marking the city's 300th birthday this year including a special edition of the annual Fiesta (April 19-29), an action-packed Tricentennial Commemorative Week (May 1-6) and a Spanish colonial-era show at the San Antonio Museum of Art.

Even if you're not headed to San Antonio for college hoops or the 300th birthday, the sultry, sunny metropolis offers plenty to see and do no matter when you visit. Here are 11 of them:

Although celebrated for the 1836 battle that spawned modern Texas, the famous Alamo traces its roots to 1718 when Franciscan padres founded a Spanish mission that was originally called San Antonio de Valero.

Living history encampments are often staged in the lush gardens in the back.

First conceived in the 1920s, this restaurant-and-bar-flanked route through downtown San Antonio is still the city's most popular attraction.

In recent years, River Walk has expanded a further 13 miles along the San Antonio River via the northerly Museum Reach and southbound Mission Reach -- portions where hiking, biking and kayaking are the main activities rather than eating and drinking.

The project that kick-started the current San Antonio renaissance, Pearl underwent a metamorphosis a decade ago when the old brewery complex was transformed into an eclectic entertainment, dining, residential, hotel and retail destination.

The weekend Pearl Farmers Market attracts thousands, as do annual events such as the Monarch Butterfly and Pollinator Festival in October.

San Antonio's other great urban renewal story, Southtown, has transformed from a derelict industrial area into a thriving arts, eating and historical district.

Located near the Alamodome and Hemisfair Park, the two-square-mile neighborhood includes the Blue Star Arts Complex and the flamboyant Victorian-era mansions of the King William Historic District, with the Southwest-centric La Villita Historic Arts Village just a few blocks away.

5. Have a drink in downtown bars

San Antonio's watering holes run a gamut from historic joints such as the Menger Bar (where Teddy Roosevelt allegedly recruited his Rough Riders before the Spanish-American War) to the spirit-infused Haunt at the St. Anthony Hotel (where the cocktails are named after the resident ghosts).

At the quirky Buckhorn Saloon, you can still trade deer antlers or rattlesnake tails for a beer or shot of whiskey.

One of the spinoffs of the Culinary Institute of America opening a San Antonio campus in 2008 was the creation of young, entrepreneurial chefs raised on Tex-Mex food and trained in the culinary arts.

Since then, Johnny Hernandez, Andrew Weissman and others have opened edgy new restaurants and reshaped San Antonio cuisine into the state's most vibrant eating scene.

Four of San Antonio's old Spanish missions are now preserved within the confines of a national historical park and UNESCO World Heritage Site in a park-like setting on the south side of town.

From mariachi services and ranger guided historical tours to stargazing sessions and family archeology days, the missions offer a wide range of activities and events.

Like the rest of the city, San Antonio's museums have redefined themselves over the past decade, making the transition from stagnant collections to fully interactive adventures.

Among the many choices are The Witte Museum (dinosaurs!), the Institute of Texan Cultures (which recently featured exhibits on the history of Texas beer and local Day of the Dead traditions), and the outer-space focused Scobee Planetarium and Challenger Learning Center.

9. Enjoy rooms with a view

The 750-foot-high Tower of the Americas -- and its Flags Over Texas Observation Deck -- might be the city's most celebrated perch.

But there are plenty of other places in San Antonio to snatch a bird's view of the city, including the cool outdoor pool deck at the St. Anthony Hotel, the wooden tower in Eisenhower Park (which looks out over the entire city and the Hill Country), and the rooftop Paramour Bar overlooking the Museum Reach of the San Antonio River.

Austin might have the reputation, but San Antonio has been a bona-fide music town for much longer, a melodious heritage that includes blues, soul, country, conjunto and even heavy metal.

Among the best places to catch tunes around town are JazzTX in the Pearl, the Cowboys Dancehall, which features modern country and Tejano, and Sam's Burger Joint, with a menu of live music that includes just about every American genre.

Located just north of San Antonio, the celebrated Texas Hill Country boasts some of the only lush hills in the entire state, as well as dude ranches, recreational lakes, rodeos and historic towns.