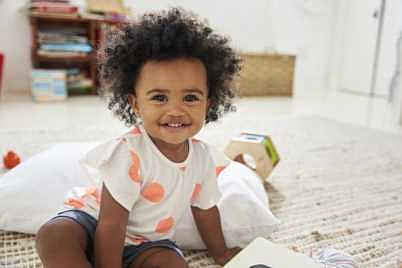 In addressing the infant mortality crisis, nationwide, infant deaths are 2.5 times higher for black babies than white. Maternal stress during pregnancy has been associated with increased rates of preterm delivery.

This is because stress may affect black women at a higher rate given the stress caused by chronic racism, poverty, and discrimination that many black women, despite their socio-economic background, face.

Taking into consideration the risk of poor birth outcomes is higher for infants born to black women whose babies’ fathers were absent during their pregnancies, it is important to systematically involve African American men in an effort establish equity in birth outcomes.

As efforts continue to reduce infant mortality in high-risk communities, policies are needed to increase male involvement in the maternal and child arena. It is understood that generations of perniciousness, including false historical narrative characterizing black men as uncommitted fathers, has unfairly shaped the public perception of an entire population of people.

This has been the motivation in part behind many government policies, such as mass incarceration, counterproductive welfare reform, zero tolerance, and the school-to-prison pipeline, which have played a major role in destabilizing the black family in America.

The role and impact of fatherhood programs have become more evident. It is well known that innovations in practice often begin at the practitioner level. It takes several years before research catches up with new practices and begins to document successes and failures.

As a result, individual agencies can serve as informal laboratories for innovation generating data to support policy recommendations, create a new generation of leaders, create opportunities, secure additional funding for research and interventions that are culturally sensitive, race-and gender-specific and designed to respond to the current black infant mortality crisis.

Kappa Alpha Psi Fraternity, Incorporated has created one such informal laboratory in 2015 a partnership developed with Eunice Kennedy Shriver National Institute of Child Health and Human Development (NICHD) of the National Institutes of Health (NIH).

A focus on fathers and the unique role they can play in reducing the risk of Sudden Infant Death Syndrome (SIDS) and other sleep-related causes of infant death, such as suffocation launched. The initiative provides an opportunity for fathers, uncles, brothers, sons — men in communities across the country to make a difference in reversing trends seen infant mortality rates.

Thousands of Kappa members have been trained and are now engaging communities through outreach efforts building awareness on how to keep babies safe nationwide.