We Are Not Yet Equal: Understanding Our Racial Divide” by Carol Anderson with Tonya Bolden, foreword by Nic Stone 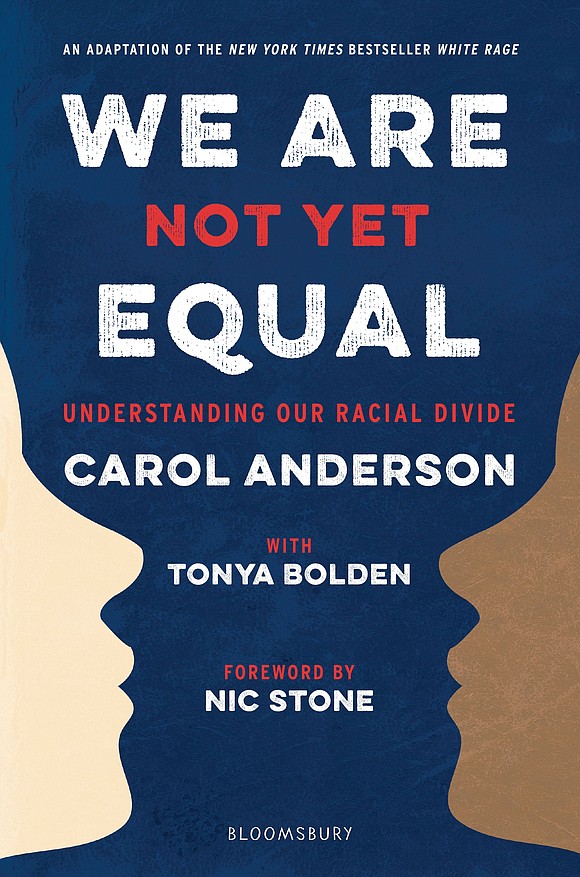 Your blood is red.

You were born with the same number of bones, ears, and appendages as everybody else and your requirements are food, air, water, shelter and love. Indeed, you’re just like other humans – but as you’ll see in the new book “We Are Not Yet Equal” by Carol Anderson with Tonya Bolden, you may’ve been set apart.

We are all the same. Or, at least that’s what you’ve been told and you know that’s right, despite that racism is alive and (un)well in America.

It comes, say Anderson and Bolden, from “white rage” driven by “black advancement” that “wreaks havoc subtly, almost imperceptibly.” It’s often silent, in other words, and it’s been around awhile: our third president approved the idea of shipping Black people away and out of the U.S., but Anderson and Bolden start with the Civil War. 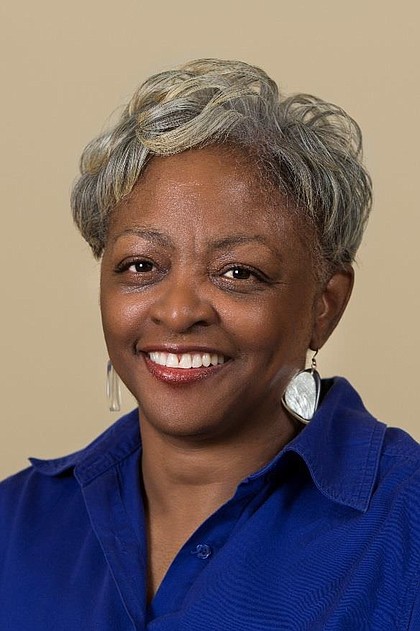 At the very beginning of the War, Lincoln held a meeting with several influential black citizens and tried to get them to lead “their people” to South America. He seemed to believe that if they did, there would no longer be a war. That, of course, didn’t happen and there was a war. At the end of it, the Thirteenth Amendment was introduced to seemingly abolish slavery.

Or not quite: Plantation overseers and landowners in Southern states discovered ways to keep newly-freed blacks enslaved with the sharecropper system and jails to ensure that newly-gained rights were lost, sometimes for good. Many Southern states passed laws that further held black people from getting ahead, economically, politically, emotionally, and educationally, even though legal and constitutional efforts were made to squash those states’ efforts. Every time there was progress, it was thwarted in some way.

And so it continues.

Though the Constitution guarantees equality, say the authors, white rage still affects the day-to-day existence of most African Americans today, in that “black achievement” continues to be seen as threatening.

“We know the consequences” of it, say Anderson and Bolden. So are we bold enough to choose a “different future” instead?

As an “adaptation” of an adult book entitled White Rage, “We Are Not Yet Equal” is supposed to be a book for young adults. That’s close – but not quite.

There’s still a lot to absorb inside this book that alterations didn’t change. Author Carol Anderson (with Tonya Bolden) didn’t pander to a younger audience in adapting this book to fit them; instead, they fit heavy-duty history into a narrative that still seems more like something an adult might easier grasp. Younger “young adults” – those who are twelve to perhaps fourteen – still may not be able to fully grasp the concepts of what’s inside; older teens may not have any trouble, but if they can handle this book, why not give them the original?

To the good, “We Are Not Yet Equal” is filled with a history that’s disturbing and real, hidden and little-known, and it’s absolutely compelling – for an adult. Give it to a teen who’s not ready for it yet, though, and it might make them see red.