More than a thousand flights canceled in advance of Hurricane Florence 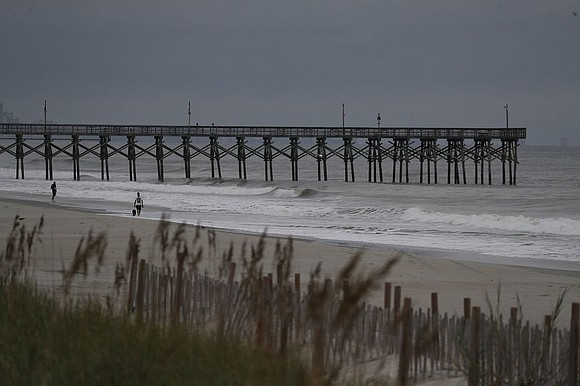 (CNN) -- More than a thousand flights have been canceled in advance of Hurricane Florence's arrival in the Carolinas, and operations at airports along the coast have been suspended as the region braces for impact.

On Thursday alone, nearly 590 flights were canceled with more than 500 already grounded for Friday, according to flight tracking site FlightAware.com.

Most of those cancellations are tied to the approaching hurricane, currently a Category 2 storm with winds expected onshore late Thursday at more than 80 mph.

FlightAware expects the number of cancellations to rise, although "the limited number of hubs being impacted by Florence will likely limit the scale of disruption that cascades through the national air travel system," spokeswoman Sara Orsi said in a statement.

Airlines have extended waivers and advisories for travelers with itineraries involving airports in the predicted path of the storm.

All four major US airlines have said they are capping selected airfares below what last-minute tickets would cost. Last year, some airlines caught flack because of high fares in advance of Hurricane Irma.

Runways at South Carolina's Charleston International Airport closed late Wednesday night and may not reopen until early Saturday morning, according to an update on the airport's web site. The airport is served by eight airlines.

Myrtle Beach International Airport in South Carolina has also suspended commercial operations, and urges passengers to check with their airlines -- not the airport -- about upcoming itineraries.

Wind and the tidal surge will be the biggest issues for airports in the coastal Carolinas, FlightAware's Orsi said. "Once the storm moves further inland to Atlanta and Charlotte, the biggest issue will be rain and thunderstorms," she said. Coastal storm surge is expected to be as high as 13 feet, according to the National Hurricane Center.

Boeing evacuated several new 787-10 Dreamliner jets from its factory in North Charleston, South Carolina, to protect them from the storm. Concern was high enough for the expensive jets that the plane manufacturer flew them all the way across the US to its main facility outside Seattle, Washington.