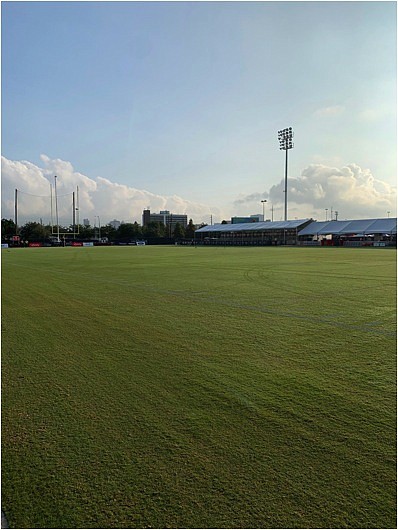 The Houston Texans resumed training camp today, with a joint practice with the Detroit Lions who is in town early for their preseason matchup with the Texans on Saturday at NRG Stadium. With the fans looking on, the competition got a little heated at times with trash talking by both teams being heard by fans, but it was all in fun. Here are a couple of things I noticed from today’s practice.

After sitting out of practice on Monday, Kalil returned today and looked better than he did on Sunday. The eight-year veteran who did not fare well against rookie Charles Omenihu the last time he practiced protected QB Deshaun Watson’s blindside against the rush of the Lions. He constantly kept Lions linebackers from getting penetration into the backfield during the 11-on-11 drills. One of the highlights of Kalil’s day was his ability to get out and throw a crucial block on a WR screen for DeAndre Hopkins. If he keeps that up the Texans won’t have any worries on Sunday’s.

“I think he's had a very consistent camp,” head coach Bill O’Brien said. “He's a really good guy to coach, very smart player, good guy in the room. He's got everything you're looking for." 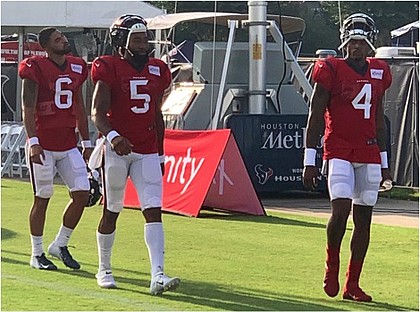 Once again, the All-Pro proved that the title of one of the top defensive linemen to ever play the game fits him perfectly. Just like last week in the joint practices against the Green Bay Packers, Watt was constantly putting pressure on the Lions quarterback, Matthew Stafford. There were times when it was if he knew the snap count or the play the way he was moving around offensive lineman Rick Wagner who like Watt played at Wisconsin.

The secondary had a rough go of it yesterday as a complete unit against the Lions wide receivers. During the one on one drills that had NFL officials involved, some of the defensive backs were flagged for pass interference and defensive holding. They looked a little better in the team scrimmage but allowed the opposing team to get open entirely too much. Individually, rookie Lonnie Johnson Jr., Bradley Roby, and Jahleel Addae were some of the bright spots from the defensive backfield.

Texans linebackers Brennan Scarlett and Whitney Mercilus were causing all kinds of problems on the field during the team scrimmage. The Lions offensive coaches could be seen talking to offensive tackle Taylor Decker as he allowed what would have been sacks on consecutive plays. 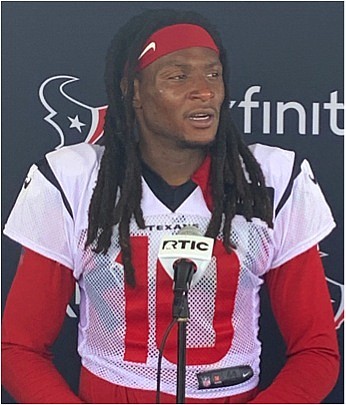 Texans WR DeAndre Hopkins made the catch of the day against Pro Bowl defensive back Darius Slay in the back of the end zone from a seated position. QB Deshaun Watson put the ball exactly where it needed to be as it went through the arms of Lions DB Quandre Diggs and ended up in the hands of Hopkins.

“Darius is one of the best doing it right now, and he matched up against me well,” Hopkins said. “So, I feel like going out against him today, I learned some things and I feel like we kind of bounced knowledge off each other.”

“Nope,” said O’Brien when asked if he wanted to elaborate on the rumors.